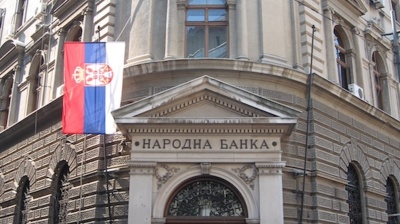 Serbia’s central bank said on July 11 it decided to cut the key rate to 2.75% after keeping it at 3% for thirteen consecutive months.

This is the new lowest level in the inflation targeting regime, intended to support Serbia’s economic growth.

"We believe the reason for rate cut was the situation in RSD market, lower expected inflation and conducive global policy environment," wrote Raiffeisen analysts in a July 12 note. "In this situation the regulator likely has acted pre-emptively as market participants were already mulling a possibility of rate cut for September and the RSD strength was another risk taken into consideration. Still, we believe this was one-off cut which isn’t likely to translate into full-blown easing bias. We expect positive SERBGB market response today."

The central bank said in the statement it expects inflation will continue to move within the target tolerance band, most probably in its lower part, until the end of this year and in the course of next year.

“Subdued inflationary pressures are also confirmed by the still low and stable core inflation, as well as financial and corporate sector inflation expectations, which declined further in June and are currently below the target midpoint,” the central bank noted.

The central bank also pointed out that the Serbian economy’s resilience to potential negative effects from the international environment has increased owing to the narrowing of internal and external imbalances and favourable macroeconomic prospects going forward.

Public finances are posting a surplus, while the current account deficit has been fully covered by net FDI inflow.

The central bank said it expects this year’s economic growth will be driven by domestic demand.

The next rate-setting meeting will be held on August 8.