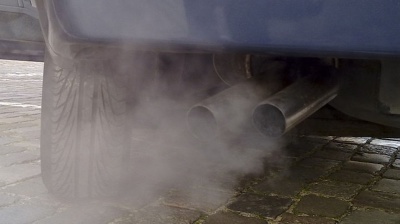 By Valentina Dimitrievska in Skopje November 3, 2019

North Macedonia’s capital Skopje will call a tender for the procurement of trackless trams for the city transport by the end of the year, to reduce heavy traffic and pollution, local media cited the city's mayor Petre Silegov as saying on November 1.

The idea of introducing a tram system in Skopje has been floated for years as a solution to the traffic congestion and high pollution in the city, but its implementation has been delayed. The decision was made to switch to trackless trams as this would be a cheaper project. Skopje is one of the most polluted cities in the world.

According to estimates, the tender should be completed in the spring when the signing of the contract with the winning company is expected, Silegov was cited by sdk.mk.

Trackless trams will be introduced only on two main routes in the capital where buses will not be used at all.

"Due to the financial situation of the city of Skopje and the government we have transformed the tram system with the so called trackless trams or tram without rails," Silegov said.

Negotiations with the government on project financing are in the final stage.

The project will cost €100mn, much lower than the expected €280mn for the classic tram system.

The only difference in the whole concept is that a traditional tram car has a life span of 30 years, and a trackless tram of 20-25 years, Silegov noted

"For the trackless trams, the city will not be dug up and there is no need for electric installation for trams, which means much faster and cheaper implementation," Silegov said.

Trackless trams will move along a traffic lane that will be physically separated from the other two lanes so as not to interfere with other traffic.

Silegov believes that by the end of his term in 2021 the new concept will be fully introduced in the capital, and at least one of the routes will be opened for traffic by the end of 2020.

Trackless trams are exactly the same concept of transport as traditional trams in terms of size and functionality.

The two routes will require 60 vehicles, which will have a capacity of 250 passengers. They will be 24 metres long and there will be a vehicle every three to four minutes at tram stops.

The vehicles will be powered by hydrogen. Hydrogen combustion will produce electricity that drives the vehicle, and the only by-product of combustion is water vapor.

"Where the tram crosses there will be no buses, but we will create lines that will travel only to the main stations where the new transport lines will pass," Silegov was cited as saying

Trackless trams are a new type of transport vehicle that have been introduced so far in China, Qatar and Australia.

Capacity of SK Innovation's second Hungary factory to be raised to 16 Gwh equivalent to meet soaring demand from European carmakers.

The company has financed its sharp expansion over the last few years by aggressive borrowing. It is now eyeing the mobile telecommunication operations of Deutsche Telekom in Romania.