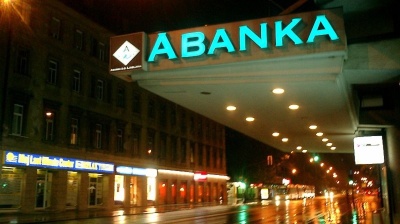 The deal is part of the ongoing re-privatisation of banks taken over by the state during Slovenia’s bail-in of major banks in 2013. Ljubljana had committed to the European Commission to privatise Abanka during 2019.

NKBM signed an agreement with the Slovenian State Holding (SDH), which manages state shareholdings, to purchase Abanka’s shares in June 2019.

The bank must obtain other approvals from the competent authorities in order to conclude the transaction. Until the formal conclusion of the transaction, the banks will operate as two separate legal entities, NKBM said in the statement.

Following the acquisition, the combined market share of Nova KBM and Abanka will reach 22.5%, as reported at the time the deal was agreed.

NKBM’s CEO John Denhof welcomed the decision and described it as "an exceptional opportunity for Nova KBM and Abanka to work together to create an even stronger combined bank, which will have a positive impact on the Slovenian economy".

The European Bank for Reconstruction and Development (EBRD) said on May 11 it is providing €1mn loan to Sparkasse Leasing Skopje for on-lending to local small and medium-sized enterprises (SMEs). ... more

EBRD provides up to €3mn loan to Sparkasse Bank Makedonija

The European Bank for Reconstruction and Development (EBRD) said on May 6 it approved a loan of up to €3mn to Sparkasse Bank Makedonija to support investments in green technologies. ... more

The European Investment Bank (EIB) will soon open an office in the capital of North Macedonia, Skopje, local media reported on May 4. "The EIB welcomed the request of Prime Minister Zoran Zaev and ... more