The copper shortage is getting real 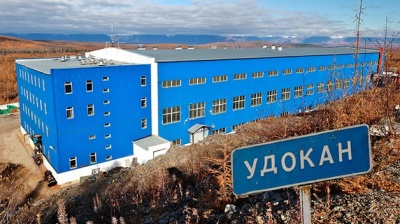 The surplus copper production today is expected to give way to a deficit in the coming years as the EU revolution gathers momentum, but the Udokan Copper mine in Siberia can cover the shortfall as it ramps up production. / bne IntelliNews
By NEO January 1, 2023

Over the last several years, many analysts and mining experts have been forecasting a copper deficit as a result of the “energy transition”. The world’s largest economies have committed to reducing carbon emissions by cutting their reliance on fossil fuels. They are building solar panels, wind turbines and electric vehicles (EVs) with the aim of making renewables the primary source of energy. All of these ambitions, however, require significant volumes of copper, a metal whose electric conductivity makes it indispensable in producing green technologies, NEO reports.

Copper demand has come under pressure in 2022 amid political tensions, an economic slowdown in the US and Europe, and coronavirus lockdowns in China. The red metal now trades at about $8,300 per tonne, having declined in price more than 20% from this year’s peak in March. Still, the copper industry’s foundation remained solid – demand is set to rise in the mid-term, while supply may fail to catch up quickly. Goldman Sachs analysts expect the price of copper to reach $11,000 per tonne by the end of 2023.

Glencore, one of the world’s largest copper producers, has previously been sceptical about developing large greenfield projects, which may easily go over budget. Another concern has been that new mines may substantially increase copper supply, potentially having an adverse effect on prices. Ultimately, for a trader the price is often more important than volumes.

This approach has changed, however. Glencore is now looking at developing the giant El Pachon mine in Argentina from scratch. Glencore CEO Gary Nagle is forecasting a “huge deficit” of copper, which may reach a cumulative 50mn tonnes in 2022 up to 2030, echoing the predictions of bullish industry analysts. While copper supply quickly adjusted to demand growth in the past, “this time it is going to be a bit different”, Nagle said earlier this month.

Even now, despite concerns about a global recession, the balance of demand and supply remains tight. Copper inventories at international commodity exchanges hover at record low levels, equivalent to just a few days of global consumption.

According to the International Copper Study Group (ICSG), only two major copper mines were brought online between 2017 and 2021. New mines take many years to build. Currently, two greenfield projects, Ivanhoe Mines’ Kamoa Kakula in the Democratic Republic of Congo (DRC) and Anglo American’s Quellaveco mine in Peru are currently ramping up production, but output growth of these new projects coincides with the operational problems of existing mines.

In Chile, the world’s largest copper producer, output is set to decline by 5.8% this year, according to government estimates. Chilean state-run company Codelco, the world’s biggest copper miner, said production fell in the first nine months of 2022 and will further decline next year on poorer ore grades. This month, Panama’s government ordered Canada’s First Quantum Minerals to halt operations at its Cobre Panama copper mine after failing to agree on royalties under a new contract. In Peru, local community protests are disrupting copper output and shipments.

In Russia, the giant Udokan Сopper project is set to start production in 2023 with an annual capacity of 135,000 tonnes of copper. With more than 26mn tonnes of copper reserves, Udokan is one of the largest copper deposits globally. Located in Russia’s Far East near the Chinese border, it’s ideally positioned to ship the metal to China, which accounts for more than half of the world’s copper consumption. While Europe is delaying some of its green energy projects because of economic problems caused by higher oil and gas prices, China is on its way to achieving net-zero emissions by 2060.

China is already the world’s largest producer of EVs, solar panels and electric batteries. The country’s development plans include boosting renewable energy capacity and increasing the share of EVs in total car sales. These initiatives will require additional amounts of copper, and Udokan, located in geographical proximity to China, is ready to satisfy this growing demand.

This article first appeared in New Economy Observer (NEO), a digital publication covering the intersection between finance and social responsibility, with a special focus on emerging markets. It offers news and analysis on major issues shaping the new global economy, including climate change and renewable energy, sustainable development, e-commerce and tech innovation, and the future of work.