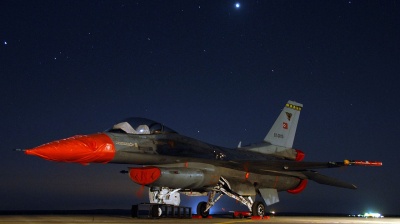 Not much use without a pilot.
By bne IntelIiNews November 16, 2020

Turkey’s Erdogan administration has purged the country’s air force to such an extent that it is struggling to find pilots to fly its F-16 fighter jets, defence analyst Michael Peck wrote in an article for the National Interest.

More than 300 F-16 pilots were dismissed following the failed military coup attempt in 2016 in which officials pursued ‘Gulenists’, according to Peck.

“Fighter pilots aren't cheap,” Peck said. According to US Air Force estimates, training a new pilot to fly a plane like the F-35 costs $11mn, while the years of experience of a veteran pilot are priceless, he added.

“Yet in the name of politics, Turkey's government has purged its air force so badly that it can barely fly its F-16 fighters,” Peck said.

Given its shortage of pilots, the Turkish government stepped up its interest in buying missile defence systems, such as the Russian S-400s it acquired despite US and Nato objections, and started looking overseas for pilots to make up the shortfall. But, according to Peck, the US declined Turkey’s request to send over flight instructors.

Turkey then sought assistance from Pakistan, which also flies F-16s, but that did not work out, he said, citing an Atlantic Council report.

The European Bank for Reconstruction and Development (EBRD) has provided $100mn in funds to Turkish private lender Denizbank to finance local companies’ investments in green technologies and ... more