US blacklists Bulgarian judge and his family over “significant corruption” 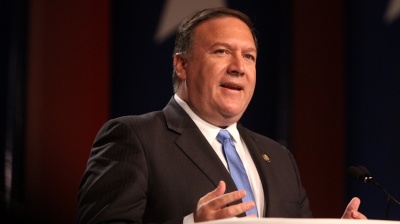 The US has imposed sanctions on Bulgarian judge Andon Mitalov and his family over his involvement in “significant corruption”, a statement issued by the US State Department on February 5 said.

“Today, I am designating Bulgarian Specialised Criminal Court Judge Andon Mitalov due to his involvement in significant corruption. In his official capacity, Mitalov was involved in corrupt acts that undermined the rule of law and severely compromised the independence of democratic institutions in Bulgaria,” said US Secretary of State Mike Pompeo.

The designation effectively bars individuals and their immediate family members from entering the US. The statement specifies that it also applies to Mitalov’s wife, Kornelia Stoykova-Mitalova, and his daughter, Gergana Mitalova.

“The State Department will use these authorities to promote accountability for corrupt actors in this region and globally.”

The US decision follows a series of corruption scandals in Bulgaria, and comes the day after President Rumen Radev said he was withdrawing his confidence in Prime Minister Boyko Borissov’s government over its failure to address corruption.

“Today we are witnessing an acute crisis in governance at all levels, a lack of will to reform and fight corruption,” Radev said in a televised address on February 4.

Borissov’s administration has just survived its fourth no-confidence vote, on January 29, following a motion launched by opposition parties over the government’s failure to deal with water and waste crises, as well as with the deadly air pollution in some cities.

Former environment minister Neno Dimov became the first serving government minister in Bulgaria ever to be arrested over a case concerning the water crisis in the industrial town of Pernik.

Last year, the government was hit by a separate scandal, dubbed “Apartmentgate”, that erupted as it was revealed that numerous top officials — including the head of the anti-corruption agency — had obtained luxury apartments at below market price under opaque circumstances.

Bulgaria is ranked the most corrupt country in the EU on Transparency International’s latest Corruption Perceptions Index.