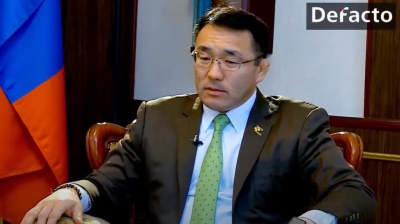 Two decades ago, Sumiyabazar Dolgorsuren was battling opponents on the wrestling mat as an Olympic athlete. Now he spends his days trying to put a stranglehold on Ulaanbaatar’s traffic and air pollution problems as mayor of the Mongolian capital.

While his wrestling career is over, Sumiyabazar is still taking on challenges that result in both wins and losses. He’s credited with improving parks and open spaces, but has been blamed for the increasingly intolerable traffic.

There is a lot riding on his success. The population of Ulaanbaatar has nearly tripled in the past two decades to 1.6mn people, putting a heavy strain on its ageing infrastructure, which mostly dates to the Soviet era. Many residents are looking to the 48-year-old mayor to fix their city’s multitude of problems, which range from affordable housing to air pollution to traffic. 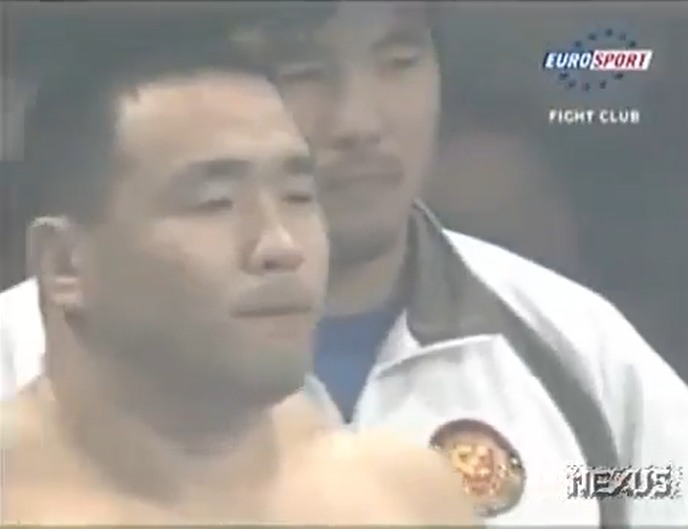 The challenges are immense but Sumiyabazar is no stranger to pressure. He won the wrestling tournament in 2006. He has also represented Mongolia in the Atlanta and Sydney Olympics. He even had a short stint as a mixed martial arts (MMA) fighter.

His unique ability to successfully throw his competitors to the ground runs in the family – his three brothers and his father have all wrestled at the national tournament level. One brother, Dagvadorj, went to Japan where he became a Yokozuna, the highest honour in sumo wrestling.

While some snickered at a wrestler trying to govern the nation’s capital, politics and wrestling have mingled before in the North Asian country.

Mongolia’s most famous wrestler, Bat-Erdene Badmaanyambuu, won the national Naadam tournament 11 times and then went on to a successful career as a member of parliament. Another wrestler and judo phenomenon, Batulgaa Khaltmaa, served as Mongolia’s fifth president.

Boxers and wrestlers beyond Mongolia’s borders have also achieved political success after retirement. Kyiv’s current mayor, Vitali Klitschko, has won multiple heavyweight titles as a boxer. And the flamboyant professional wrestler Jesse Ventura had a run as Minnesota’s governor in the early 2000s.

Sumiyabazar has followed their lead and is looking to make a name for himself as a problem solver. He has slashed spending to tighten up the city’s budget, going as far as banning end-of-year holiday parties for city staffers.

Bespectacled and fond of dark suits, Sumiyabazar does his work with an air of modesty. In a recent promotional video with the International Finance Corporation (IFC), he appears seated next to a chess board, busily arranging papers on his desk while speaking excitedly about transportation upgrades in the city.

As for alleviating city congestion, he’s made decentralisation a priority for his administration. A plan to build six commercial and administrative hubs in different corners of the capital is in motion to minimise the need for residents to go downtown.

City Hall has already moved from the central square to the southern outskirts. A new suburb close to the new airport is being planned. Sumiyabazar has been busy ordering the demolition of unsightly and illegally-placed garages, storage units and fences across the city.

Improving the city’s greenspace and public gathering areas has also been a priority. Especially downtown, where he’s transformed vast areas of waste ground into public parks.

The Children’s Park – a downtown fixture of the city that has been partially boarded up for years following an attempted land grab – is also going back to public hands. The mayor has vowed to redevelop the park and has enlisted financial aid from mining giant Rio Tinto.

Tree planting is also high on the city’s agenda. In March Sumiyabazar announced that 120 million trees will be planted by 2030, as part of the government's plan to plant 1 billion trees across the country.

"The Amusement Park area should be turned into a green space," Sumiyabazar said in a public address. "The one billion tree national movement is important for establishing parks and green space in every district to create a comfortable living environment for citizens."

The mayor has also taken steps to stop the destruction of historic Russian buildings in his city and has taken measures to have them preserved.

“The various beautification and livability projects of the downtown core have been pursued with some drive and competence,” said Julian Dierkes, a Canadian professor of public policy and a frequent visitor to the city. “It’s less clear that this is earning him much public approval.”

As Dierkes indicates, many have expressed doubt that Sumiyabazar’s public improvement projects have amounted to money well spent. Social media critics have lashed out at some of the efforts, forcing the mayor to pull the plug on at least one of them, a plan to improve the flow of the Selbe River through the city.

Many locals want the city to focus on improving infrastructure beyond downtown. The city’s shambolic outskirts, known locally as ger (or yurt) districts, are still in a dire state.

Most of these areas lack many basic utilities such as central heat and running water. Paved roads, public schools, emergency services and other features of urban fabric are also lacking or absent. Families heat their homes with coal briquettes which pollutes areas around the city.

Sumiyabazar, a member of the ruling Mongolian People’s Party (MPP), appears to favour a policy of replacing the ger districts with apartment complexes, giving residents an option to swap their land for a condominium.

The mayor announced earlier this year that 30bn tugrik ($8.8mn) would be set aside in the capital city budget to improve infrastructure in ger districts. It’s far short of what is needed to overhaul these areas but Mongolia’s budget has been constrained by a drop in foreign investment and global economic headwinds that have sent inflation soaring.

In order to pay for improvements Sumiyabazar has tried opening doors to new businesses, promoting the free market economy, and loosening restrictions. Last year he lifted most restrictions on closing times, allowing business owners to work through the night.

"There should be nightlife and business in Ulaanbaatar," he said in a release. "If you have a dedicated building for your service and trade you can not only open bars and discos but also restaurants, coffeeshops and grocery stores until 5:00 am., increasing your income and expanding your business."

"We aim to create city streets that promote Mongolian customs, culture, national cuisine, and livelihoods to support citizens and businesses and to actively implement policies in Ulaanbaatar to support tourism and development."

Despite the visual enhancements in Ulaanbaatar, Sumiyabazar still faces public opinion challenges. He gets credit for improving the atmosphere downtown. But he also gets panned by netizens looking for officials to blame for the city’s traffic woes.

Others are just wary of Ulaanbaatar politicians, given the city’s history of corruption and land grabs committed under previous administrations. Escaping clouds of controversy is not easy in a country where the public assumes most politicians are running shady side hustles, made all the more apparent by recent headlines of a “coal mafia” profiting off the country’s mining industry.

“I am very sceptical that the Sumiyabazar team can change Ulaanbaatar into a better place,” said Sumati Luvsandendev, head of the Sant Maral Foundation, a public polling organisation. “All consecutive city governments have a reputation for high level corruption, mismanagement, and low professionalism.”

In order to succeed he’ll need to stay above the finger-pointing and allegations that threaten to topple other senior leaders in power. But Sumiyabazar is not one to compete in a popularity contest. He grew up resolving issues less with charm and more with brute strength.

Personality may not be Sumiyabazar’s strong suit. But fixing the city’s multitude of problems will require a different sort of effort, a full-throttle approach that might be well suited to a person who rose to power through a sport that requires not just strength, but considerable strategy too.

M&A in Emerging Europe fell by 20% to €32.93bn in 2022
6 hours ago
Belarus Corruption Watch: How one of Lukashenko’s 'wallets' evades sanctions
21 hours ago
Poland basks in the glory of being Kyiv’s chief ally in Europe
3 days ago
Russia forges ahead with gas ambitions in Uzbekistan, Kazakhstan
4 days ago
Mongolian government accused of rushing through veiled law that dismantles freedom of speech
6 days ago