Yandex could launch driverless cabs in Moscow in 2024 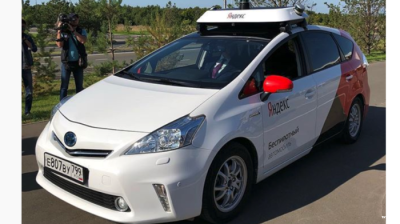 Self-driving taxis could appear on Moscow's public roads as early as 2024, Russia's Deputy Minister of Transportation Alexei Semenov said, as reported by Tass.

As previously reported by bne IntelliNews, internet major Yandex is Russia's leader in driverless technology and has recently doubled its fleet of 100 driverless cars. Operational self-driving taxis were seen as possible by 2023 by the analysts.

"Yandex is the only company in Russia which is testing self-driving technology at scale. As of February, it had 110 self-driving cars and the company plans to add about 100 new vehicles by the end of this year," VTB Capital reminded on July 17.

To recall, Yandex tripled its investment in driverless technology to $23mn in 2019. "Despite the front-loaded investment requirements, we continue to see self-driving technology as a strong source of value for Yandex in the long term," VTBC argued.

Coupled with potential ‘fifth-screen’ revenues (SDCs are seen as a new platform for advertising, shopping, entertainment, and so forth), VTBC believes that the new technology represents a multi-billion dollar business opportunity in the long term.

Yandex.Taxi includes the food tech and driverless businesses of Yandex and accounts for almost a quarter of the revenues of the internet major. Most recently the company confirmed its interest in consolidating Yandex.Taxi and buying out the stake of Uber Technologies in the joint venture, instead of a previously planned IPO.