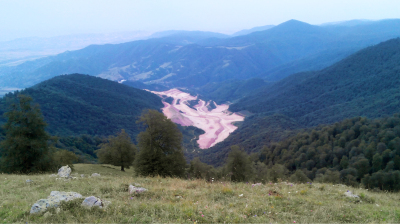 To fill the projected supply gap, a new copper project of the size of the world's biggest existing copper mine will need to be opened each year for the next eight years. / Image; bne IntelliNews.
By Theo Normanton April 2, 2022

With demand for copper growing due to its use in electrical wiring, the world will need to invest $100bn into mining the metal by 2030 to prevent a supply deficit.

Erik Heimlich, head of base metals supply at business intelligence company CRU, told the World Copper Conference in Santiago, Chile that the supply gap for the next decade is projected at 6mn tonnes per year (tpy).

Sustainably sourced copper will be a key tool in efforts to decarbonise the global economy. Used as a component in a range of high-tech industries, the metal’s high conductivity and malleability give it an invaluable role in green tech like electric vehicles (EVs) and battery storage.

As a consequence of high demand and restricted supply, the copper price occasionally spikes dramatically. In October and April of 2021, the price for a tonne of copper hit almost $11,000. It is currently around $10,350.

In order to fill the projected supply gap, the world would need to open eight more copper mines in the next eight years, each the size of the world’s largest existing copper mine.

This is a tall order, given that around half of the copper projects in the pipeline are on greenfield rather than existing sites. This means that the risk of deposits being small or non-existent is considerably higher than on brownfield sites.

“Historically, the completion rates of these projects have been low. A large share of the greenfield possible projects in 2012 remain under-developed, so there are questions about the ability to respond to the supply gap in an efficient and timely manner,” Heimlich was reported as saying by Mining Journal.

Many of the copper projects currently in the pipeline may well come to fruition, but are taking longer than planned. Some have already been under development for almost 30 years.