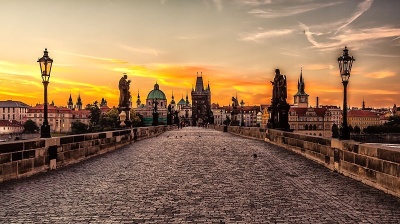 The economic situation of Czech companies is deteriorating as an impact of the coronavirus (COVID-19) outbreak, with 70% reporting a drop in orders in May and June, twice as many as in April, shows a survey carried out by the Confederation of Industry and Transport of the Czech Republic among 242 companies in May.

Most of them would appreciate the government Antivirus employment support programme to be extended until the end of August, while they say tax relief packages have not yet had any positive impact.

“The nature of the coronavirus crisis is unprecedented. Many companies lost a large part or all of their sales overnight, and had to increase expenses on protective equipment, hygiene measures, logistics and higher stocks. Companies suddenly lost some of their employees who stayed at home with their children or could not travel from the neighbouring countries,” commented the president of the confederation Jaroslav Hanak.

“[The companies] are losing contracts and a source of future income. In such a situation, it is essential that the state gives companies the certainty that support from approved programmes will continue to come in. This will give them space for a faster recovery and return to normal,” he added.

The share of companies whose volume of orders decreases by more than 40% year-on-year has been growing. There were 23% of them in April, while now their number reached 48%.

“Many companies are just getting into trouble. That's why we want the government to extend the Antivirus programme until August. … Antivirus is the only programme that works relatively well. According to the survey, 93% of the companies that applied for it received support in March, only 7% failed,” Hanak added.

The seasonally adjusted IHS Markit Russia Services Business Activity Index registered 47.8 at the end of the second quarter, up notably from 35.9 in May, Markit said in a press release on July 3.

Global tourism sector set to lose between $1.2 trillion and $3.3 trillion depending how long travel restrictions last, the UN’s trade and development body forecast.

Foreigners bought €169.99mn of property in the tiny Adriatic country in 2019.

Net foreign direct investment leaving Ukraine in 1Q20
15 hours ago
Russia Services PMI bounces back to 47.8 in June, up from 35.9 in May
2 days ago
Croatia to be among countries worst hit by tourism collapse this year, says UNCTAD
3 days ago
Russians, Serbians, Turks the biggest property buyers in Montenegro
3 days ago
Polish PMI advances but remains below 50 points as restrictions lifted
4 days ago