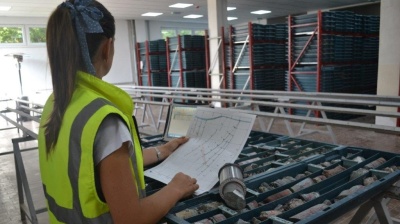 Adriatic Metals Plc announced on October 12 a proposed project finance package of approximately $244.5mn before expenses for the construction of Vares silver project underground mine including a $102mn proposed equity fundraise, the company said in a statement.

British media report that it is the biggest share sale this year by a London-listed mining company. Adriatic Metals Plc (ASX:ADT, LSE:ADT1, OTCQX:ADMLF) is a precious and base metals explorer and developer that owns the world-class Vares silver project in Bosnia & Herzegovina and the Raska zinc deposit in Serbia. Vares is a small town in Bosnia, located about 50 kilometres north of the capital Sarajevo, where there was an active iron ore mine before the 1992-1995 war in the country.

“The announcement of the proposed project finance package is a significant milestone, demonstrating the extent of support globally for new investments in mining in the Balkans, and Bosnia & Herzegovina in particular. At Adriatic we have strived to move through the project development phases, at pace and professionally, in order to deliver value to our shareholders and align the project delivery with the aspirations of our local community in Vares. This outcome is a positive reflection of the team we have built at Adriatic in its short history, who over the past 12 months have delivered several critical outcomes that have culminated in the success we have today. We look forward to continued success in the future as we transform from developer to producer,” said Paul Cronin, CEO of Adriatic Metals Plc, in a statement.

Adriatic Metals is working closely on this project with private equity group Orion Mine Finance, which is also investing $120mn in senior debt and $22.5mn for a stream of future royalty payments. At the same time, the company’s bankers will seek to place $80mn worth of shares owned by Sandfire Resources, an Australian-listed copper producer that built a 16% stake in Adriatic.

The authorities in Bosnia want to attract new foreign direct investment to the country and offer a low tax rate of 10%. Adriatic Metals aims to bring the new mine to production in the next four years. “We welcome Adriatic Metals’ commitment to rebuilding Bosnia’s mining industry with the impending financing of the Vares silver project, which will be the largest single investment in the country’s metal mining history to date,” said Fadil Novalic, prime minister of the Bosnian Federation, one of the two entities in the country.

At the end of January, Adriatic Metals received an exploitation permit from the Bosnian Federation Ministry of Industry, Energy and Mining for the Vares project. It is for the unused Veovac mine and the underground deposit of Rupica. These two silver-zinc-lead deposits make up the Vares silver project, Cronin pointed out to local media when granting the exploitation permit.

"This is, I must emphasise, only the second exploitation permit issued by the Bosnian authorities in the last 30 years. So, not only is this important for us but also for Bosnia and Herzegovina. With a permit issued by the Federal Ministry of Energy, Mining and Industry, the formal exploitation period of the project, which is valid for 30 years, begins. The permit will enable the company to complete detailed engineering plans for the Veovac surface mine, flotation and tailings management plant, and construction should begin in the third quarter of 2021,” Cronin said.

The Veovac and Rupica mines are early polymetallic deposits that had already undergone various degrees of exploration and exploitation before the war in Bosnia, when everything was stopped. Exploration of Vares district began in the 1940s, when the then large engineering and energy giant Energoinvest from Sarajevo discovered several deposits of iron ore and polymetals (lead, zinc, barite, silver and gold) that stretch from Rupice in the northwest to Smail Forest in the southeast.

From the late 1960s to the early 1970s, there were several small exploration projects in the area, including exploration wells and a surface mine at Veovac and the development of a processing plant, which led to significant exploratory drilling in the late 1970s and early 1980s. The discovery began at the site in 1983, and about 1.2mn tonnes of mineralised material were exploited over four years. However, the 1992-1995 war halted all mining projects.

In 2017, Adriatic completed a 1,379-metre 16-hole drilling programme at Veovac to confirm these historic results. In the same year, the company drilled eight wells at Rupice with a total height of 1,458 metres, targeting mineralisation to confirm historical results and analysing additional metals, including copper, gold and silver.