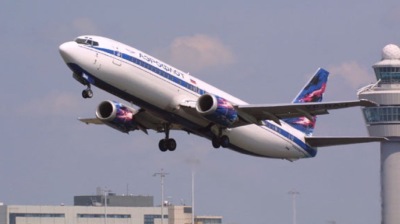 Aeroflot reported 6.7% and 6.5% growth of passenger volumes and revenue per passenger per kilometre (RPK) in the third quarter. The rate of growth was slower than in the previous quarter due to a lower average fleet growth at 3% y/y vs 7% seen in 2Q19, says BCS Global Markets.

“Efficiency of aircraft usage continues to improve with average number of flight hours per day per aircraft up 4.2% y/y and 8.4% q/q to 10.1 hours, total flight hours showed 6.3% growth. The passenger load factor in the third quarter was 88.5% or 1.4pp lower y/y."

The third quarter also incomes rise in Russia and that has fed through into improving traffic for Aeroflot. Traffic revenue increased 7.1% to RUB195.2bn.

“Blended yield growth stood at 4.02RUB/PAX, up modestly by 0.7% y/y, on weaker euro, high base effect, and, likely, growing share of Pobeda in total traffic. Total revenue of RUB212.5bn was marginal 1.25% below our expectations, the underperformance was driven by miss of other revenues,” reports BCS.

The key constraint on Aeroflot in the last year has been the high cost of fuel that has eaten into the bottom line, but those costs are coming off now. Fuel costs were in line with estimates at RUB52.8bn or 2.2% lower y/y, on a circa 10% decline of jet fuel price, reports BCS.

All in all the operating profit declined 5% to RUB47bn. Finance income and expenses were broadly in line with expectations and didn’t differ much from the previous quarter, except oil price hedge expenses.

While the company's business returns to health, management were chuffed to win two of the so-called industry Oscars for the second time in a row. Aeroflot won two top prizes at the grand final of the prestigious World Travel Awards 2019 and was named the World’s Leading Airline Brand and World's Leading Airline for Business Class.

“Aeroflot maintains its status as the most recognisable brand in global aviation for the third year in a row, remaining the first and only holder of this title from the World Travel Awards in history. Meanwhile, Aeroflot also took the award for World's Leading Airline - Business Class for the second year in a row,” the company said in a press release.

Voting for the awards took place on November 28 at the Royal Opera House Muscat in the Sultanate of Oman at an event that brings together leading representatives of the global travel industry, hotel business and civil aviation.

The award was established in 1993 in the UK and has since acquired the unofficial status of the Oscars of the travel industry. The awards are given at three levels: country, regional and global. Winners are decided by an online vote that attracts hundreds of thousands of travel professionals and millions of travellers. The key criteria are product quality and quality of service, Aeroflot said.

“This recognition in two prestigious categories of the main global tourism award World Travel Awards is a clear indicator that our company is developing in the right direction,” said Aeroflot CEO Vitaly Saveliev. “Our company’s delivery of the highest level of product, the best punctuality rates in the world, a convenient route network and a focus on the development of digital technologies have all been positively appraised by the international travel community.”