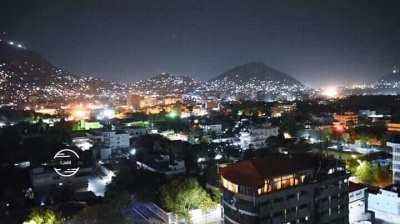 A lack of electricity is holding back Afghanistan's development prospects
By bne IntelliNews February 7, 2020

Under the CASA-1000 regional transmission project plans, Kyrgyzstan and Tajikistan will jointly supply 1,300MW of power to Pakistan via Afghanistan during the summer months. Afghanistan will benefit from energy transit fees. Overall, the CASA-1000 project’s goal is to construct 1,200 kilometres of electricity transmission lines in order to create a four-country electricity transfer system. The project has entered its construction phase. The commercial and operating framework for CASA-1000 is specifically based on "open access" principles that will allow potential energy suppliers such as Tajikistan and Kyrgyzstan to connect with wider regional transmission networks, according to a statement on the project's website.

“Economic cooperation is in the interest of all member countries, our vision is to transform Afghanistan into a crossroads of energy transit in the region,” said Ghani at the event.

“In the future, we plan that the CASA-1000 will run from Badakhshan towards the Chitral region of Pakistan. This will help Afghanistan to change as a safe transit bridge and a connecting point between the countries in the region, particularly between Central Asia and South Asia,” said Tajikistan’s Ambassador to Afghanistan Sharofiddin Imomov.

“Besides the transit money, an additional $2 million will be raised for a fund that will be created by the exporters. The money from the fund will be spent on the security of the transmission lines where it passes through,” said Amanullah Ghalib, head of Da Afghanistan Breshna Sherkat (DABS), Afghanistan’s main power supply company.

CASA-1000 envisages a power transmission line from Datka in Kyrgyzstan to Khujand in Tajikistan and further to the Sangtuda hydropower plant in Tajikistan, which will connect to Afghanistan’s Kabul and finally to Peshawar in Pakistan.

The total cost of the project is estimated at around $1.2bn. A number of international financial institutions and donors have pledged their commitment to the project, including the European Bank for Reconstruction and Development (EBRD), the World Bank, the UK's Department for International Development and the Islamic Development Bank.

To ensure benefits to communities situated along the new transmission line, the World Bank has initiated community support projects in all four countries by investing in local-level infrastructure upgrades. The projects will finance the rehabilitation and modernisation of village-level electricity infrastructure and equipment to increase the reliability and quality of electricity services. It will also provide subgrants to villages to finance small-scale socioeconomic infrastructure and facilities selected by the communities themselves.