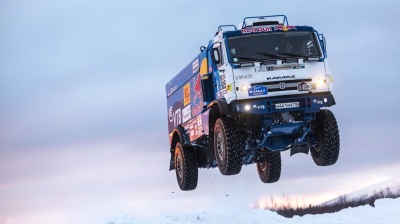 Fura, a Moscow-based startup offering high-tech services to truck drivers, has raised 160mn rubles ($2.1mn at the current exchange rate) in a Series A round led by an unnamed Swiss-Russian fund. Alexander Popov, Svyatoslav Vilde and other individual investors also took part in the round, reports East-West Digital News (EWDN).

Founded in 2017, Fura claims it is already profitable with revenues reaching some 100mn rubles in September 2020 (around $130,000 at that time’s exchange rate). Its application is used by more than 150,000 truck drivers, according to company information. Among its corporate customers are Auchan, Coca Cola, Danone, PepsiСo, GazpromNeft, Sibur, X5 and other companies.

While the latest round valued Fura at 1.4bn rubles ($18.6mn), its founders have plans to raise the valuation to $1bn in the future.