Air Albania to launch flights to Italy in autumn 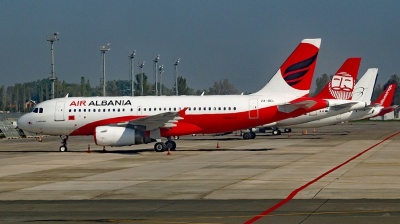 Air Albania will launch flights from Tirana to three Italian cities in early autumn, the air carrier announced on its website on August 2.

Air Albania was supposed to become fully operational in summer 2018, but this has been delayed. The air carrier is a joint venture between Turkish Airlines, which owns 49% of the company, locally owned MDN Investment that controls 41% and state-owned air controller Albcontrol, which owns a stake of 10%.

Air Albania currently only operates flights to Istanbul. The maiden flight from Tirana to Istanbul was launched on September 15, 2018.

Being enthusiastic for the plans, Albanian Prime Minister Edi Rama emphasised that with confidence and patience and following the delays, Air Albania would soon become fully operational.

Flights to Rome, Milan and Bologna are planned, the company and PM Rama said. Rama did not mention other destinations, but Air Albania also announced flights to London without specifying the timeframe for the launch.

Air Albania obtained a certificate for the provision of transportation services by Albania’s civil aviation authority in March.

Air Albania is currently flying its sole aircraft, an Airbus A319-132.

Air passenger traffic in Albania increased by 11.9% year on year to 1,411,479 people in the first six months of the year.

Albania expected to legalise cannabis for medical use in July

Albania is expected to legalise cannabis for medical purposes as early as in July, media reported on May 12, citing PM Edi Rama. Rama was cited as saying by Albanian Daily News that the government ... more