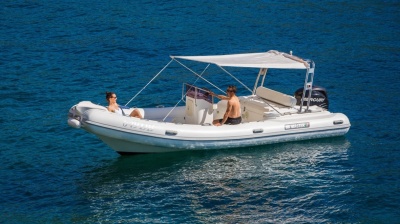 The “Airbnb for boats” GetMyBoat sees a surge in business in Central, Eastern and especially Southeast Europe this summer.
By bne IntelliNews September 9, 2019

GetMyBoat, which describes itself as the world’s largest “Airbnb (or Uber) for boats” has seen a dramatic surge in business in Central, Eastern and especially Southeast Europe this summer.

The company reports that while it hasn’t made a specific push to increase listings from boat owners in the region, it has seen strong organic growth that company spokesperson and head of marketing Val Streif links to "the luxury without the high price tag” offered by the region.

Just as sites like Airbnb have become popular across the region, allowing apartment owners to connect directly with travellers from abroad, GetMyBoat has also seen boat owners and tour operators list on its site.

“Our technology is changing the way people travel in these “lesser-known” countries of Europe. Some of our new hot spots include Montenegro, Bulgaria, Romania, and Poland, where our presence has boomed over the past few summer months,” she adds.

Web based booking services and mobile apps help to open up lesser known regions to tourists, and according to Streif tourists are

“expanding their adventures beyond the oversaturated spots in Greece and Croatia and exploring more of Eastern Europe”.

She cites Bosnia & Herzegovina as an emerging destination, which now has over 1,000 listings on the GetMy boat site. This is around a quarter of those in neighbouring Croatia, long a popular destination for island hopping. Elsewhere in Southeast Europe, the company has over 1500 listings in Turkey, 300 in Montenegro, 200 in Hungary and 100 in Bulgaria. Globally, the site has over 130,000 listings in 184 countries.

This is a big change of the company that was founded in San Francisco in January 2013, as initially almost all of its business was concentrated in San Diego, Miami, Fort Lauderdale, and other US-based boating locations.

While GetMyBoat has been testing ads in various cities, Streif says a huge part of the increase has been “completely organic — with more travellers discovering our app and trying it out, talking about it with their friends, and spreading the message among travel communities”.

“We've had a great year in all our markets, the US, the Caribbean, and beyond, but Eastern Europe sticks out because it's a place that until recently, wasn't a huge point of interest on the average tourist's travel list,” Streif says.

“Now we are seeing lots of boat bookings in this region, particularly in the Balkans in spots like Montenegro, Croatia, and Albania, as the Adriatic Sea is so beautiful and offers incredible sightseeing opportunities. It hasn't grown as quickly as the US/North American market, but the recent surge is noticeable and is a trend we are expecting to continue into 2020 and beyond. More people want to travel to these beautiful, lesser-known locations, as they are affordable and offer a host of amazing experiences.”

Looking at why this is, Streif enthuses about the coastline and river cruising opportunities in the region. “The islands in the Adriatic Sea and the rugged coastlines are stunning - just as beautiful as more expensive spots in the Mediterranean and around Europe, but in Eastern Europe, you can enjoy the luxury without the high price tag,” she says. It's sunny and hot in the summer and shoulder seasons, affordable, and there are countless activities you can enjoy on the sea, from sightseeing to scuba diving.”

Miners who fled Beijing’s crackdowns on electricity sapping operations have come to the attention of regulators that have started introducing their own curbs.