Albania to use satellites and drones to fight drug cultivation 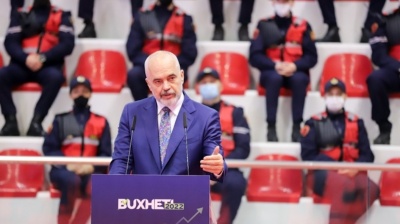 Albanian police will use satellites and drones to monitor drug cultivation as well as preventing other crimes, Prime Minister Edi Rama said in a presentation to the police on November 9.

Drug cultivation and trafficking remains a persistent problem despite efforts by the government to wipe it out.

The ruling Socialist Party launched a major clean-up operation aimed at eradicating cannabis cultivation in the country back in 2014. The effort included a large-scale assault on Lazarat, the southern Albanian town dubbed Europe’s ‘marijuana mountain’ that at one point was estimated to produce marijuana with a total value of around €4.5bn a year.

Three years later, Prime Minister Edi Rama claimed that large cannabis plantations were being wiped out. However, both local accounts and international reports since then have indicated that cannabis cultivation persists.

At a meeting with State Police at which he presented their 2022 budget allocation, Rama said monitoring by the satellites Albania plans to launch in 2022 will help detect cannabis cultivation including in remote, mountainous areas.

“The satellites will make it impossible, not the cultivation of whole plots, but the cultivation beyond 70 cm, which is the point that the satellite no longer sees in detail. So, every day, in real time, the State Police will have in front of their eyes what is happening in the entire territory of Albania,” he said, according to a transcript of his speech on the government website.

The satellites, Shqiperia 1 and Shqiperia 2, are due to be sent into obit by June 2022, the government announced in October.

The satellites will also provide information on illegal construction, another common problem in Albania, as well as environmental pollution and illegal landfills.

Further funds will be allocated for intelligent drones to help police operations.