Albanian judge who appeared in designer clothes on TikTok suspended 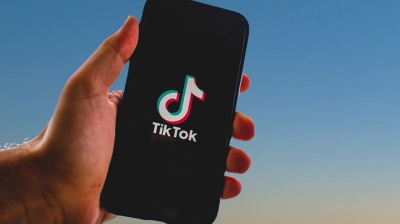 A high-ranking Albanian judge who appeared in videos posted on TikTok wearing designer clothes was suspended from her post by the High Judicial Council on June 7.

Albania has been carrying out reforms to the justice system, including the vetting of hundreds of judges and prosecutors, dozens of whom have already been dismissed from their posts for offences such as failure to accurately declare their assets and abuse of office.

A media storm erupted in Albania when the videos on the Chinese video-sharing social network showed Enkeleda Kapedani, chief justice in the city of Elbasan, posing in designer clothes in her office and driving a BMW.

Kapedani said when the videos emerged that they had been stolen from her phone and she didn’t have a TikTok account. However, they inevitably raised questions about her personal wealth.

Albania’s Minister of Justice Etilda Gjonaj called for the videos to be investigated, saying that she had been urging the High Judicial Council to check up on Kapedani, as she considered her to be responsible for the early release of gang member Viktor Ymeri from prison.

"Now I wish that not only the appropriate measure be taken, but also that the financial situation of this judge be thoroughly investigated. Typical for some who have not yet passed the Vetting and continue to erode justice from within!” Gjonaj wrote on Twitter on May 31.

Meanwhile, Albania’s high justice inspector Artur Metani asked the High Judicial Council to suspend Kapedani. “In this case, there are legal conditions for imposing on … Enkeleda Kapedani the provisional measure of suspension from acting until the end of disciplinary proceedings, because the continuation of the magistrate in office seriously discredits the figure and position of the magistrate,” Metani told the council, as reported by local broadcaster Top News.

The council decided at its plenary session on June 7 to suspend Kapedani until the case is investigated and disciplinary proceedings are completed.

Kapedani is a former Miss Albania, who won the title in 2003 before going on to study law between 2005 and 2009. She was appointed a judge in 2013, initially working in Tirana, before moving to Elbasan. She was elected head of the Elbasan court in 2020.

Court of bailiffs orders low-cost carrier to cease flying. Though planes are worth €145mn, the foreclosure is for just €26,000, sources complain to newspaper.

Thirteen EU states have condemned Hungary’s law in a joint statement, saying the anti-LGBT clauses of the bill violate the right to free expression.

The Council of the National Bank of Ukraine has sacked well-respected Deputy Governor Dmytro Sologub, who as part of the previous management team oversaw a comprehensive clean-up of Ukraine’s banking sector.

Bulgarian veto on start of accession talks with North Macedonia blocks both countries.

“The spiral of mismanagement has been running at full speed, at times astonishing even Erdogan loyalists,” writes Burak Bekdil.