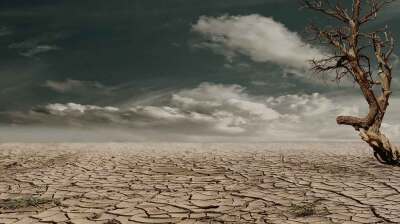 The world is set to see global GDP plummet by a catastrophic 15% by 2050 if current emissions trends are not reined in and global warming reaches 2.2°C by 2050.

Oxford Economics warned in the latest report of its Global Climate Service that climate catastrophe was a major threat to the global economy, with cooler countries no longer benefiting from modest warming.

Yet the extend of the threat is staggering, with a 15% contraction likely if global emissions paths are followed. Indeed, total economic annihilation could happen if global warming continues at its current rate towards a 5°C increase by 2100, the report warned. This would mean mass extinction of most animal species, reinforcing the concern that the world cannot physically or economically cope with continued temperature rises.

The research group identified a tipping point of 1.1°C for temperature anomalies from average levels. Its research found that if temperatures rise beyond this departure from historical norms, then productivity growth will begin to flatline and fall.

In aggregate, 2.2°C of warming by 2050 has the potential to reduce global GDP levels 10-20%. Crucially, this compared to the 6.5% reduction that Oxford Economics previously forecast.

Looking further ahead, warming of up to 5°C by 2100 would lead to economic annihilation, consistent with scientific research on mass extinction thresholds.

Put simply, if climate change continues at current rates, or even just fails to meet the Paris Agreement targets of 1.5°C, then large swathes of the world could no longer become inhabitable, leading to mass human suffering, mass migration patterns from hot to cooler countries and the meltdown of the global economic system.

The report chimes with one of the conclusions to come out of COP27: that climate change is no longer just a climate or environmental problem, but is now a political, economic and social issue that must be addressed if humankind is to continue living the life it currently knows and to avoid a human apocalypse.

However, while the conference’s final communique reaffirmed the UN and governments’ desire to meet the 2015 Paris Agreement’s 1.5-degree goals, it did not make any new agreements that are binding on governments on how to it.

This lack of any new agreement on climate targets raises the importance of Oxford Economics’ apocalyptic warnings.

While COP27 failed to lay out new concrete targets, such measures are needed with the utmost urgency in order to protect the world’s people from the economic fallout of climate change.

Yet not is all bad news. The world has slowly started to make inroads into boosting renewable energy, even if CO2 emissions growth has yet to turn the corner.

The International Energy Agency (IEA) said earlier this month that solar was set to overtake coal as the world’s leading source of power supply by early 2025. It also announced its “largest ever upward revision” for its renewable energy forecasts.

The world is now set to add 2,400 GW of green capacity – an amount equal to the entire power capacity of China today – between 2022 and 2027, twice as much as it did in the previous five years.

Yet there is no room for lethargy, and governments need to maintain the green momentum and to avoid any slippage in the race to net zero.

For example, the UN recently identified greenwashing by business and finance as the biggest danger facing this race to net zero, urging them to avoid a toxic cover-up and to ensure that any climate pledges they keep are in line with the 1.5-degree targets.

Greenwashing, weak regulation and intensive lobbying by fossil fuel proponents were the greatest impediments to fighting climate change. The business sector cannot be trusted to police itself, the UN said, and must be subject to strict national and international laws and regulations on green investment.

Meanwhile, the world’s wealthiest people must also step up and make a greater contribution to fighting climate change.

Oxfam recently said that the investments of the world’s 125 wealthiest people produce the same amount of CO2 as the whole of France, while each of them emits a million times more greenhouse gases (GHGs) than the average person.

Billionaires’ investments create an average of 3mn tonnes per year per person of CO2, compared with 2.76 tpy per person for the bottom 90% of humanity, and the NGO found that an average of 14% of their investments were in polluting industries such as energy and cement.

More than half of the 50 largest sources of GHG emissions are associated with oil and natural gas fields, and those emissions are vastly under-reported, Oxfam said.

This means that current warming of the earth’s atmosphere will have a greater impact on people’s jobs, incomes and economic well-being than previously thought.

It identified a climate damage function that separates economic impacts into two categories: global-warming effects due to temperatures trending away from their long-run means; and broader climate change attributed to changes in temperature volatility and the likelihood of extreme events.

The report follows on previous research by Oxford Economics, which found that reaching net zero by 2050 and facilitating the green transition would create economic opportunities worth $10.3 trillion by 2050, in 2020 prices, equivalent to 5.2% of global GDP in that year.

The picture put forward by Oxford Economics is apocalyptic, and can only be avoided if governments and corporations push green issues to the top of their investment agendas and do not allow the issues to slide.

Just this week, the EU finally approved its proposed CBAM scheme, which is effectively the world’s first carbon border tax.

This is one of the many financing loopholes that must be closed to meet green targets. The CBAM follows G7 plans to establish a “climate club” to strengthen international co-operation on climate change mitigation. The “climate club” aims to support increasingly ambitious plans to achieve global net-zero GHG emissions by or around 2050.