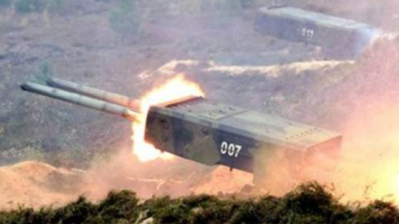 Armenia on September 28 accused Turkey of providing direct military support for Azerbaijan, including F-16 fighter jets, as fierce and bloody fighting between the Armenians and Azerbaijanis continued to rage over the territory of Nagorno-Karabakh.

The Armenian foreign ministry said in a statement that Turkey had a “direct presence on the ground”. Turkish military experts, it added, were “fighting side by side” with Azerbaijan, which it said was also using Turkish weapons including armed drones and warplanes, including the F-16s.

Azerbaijan denied the allegations. There was no immediate reaction from Turkey, a Nato member. Turkish President Recep Tayyip Erdogan previously said that Turkey was standing by Azerbaijan “with all its means, as always”.

An aide to Azerbaijan’s President Ilham Aliyev, meanwhile, denied claims from Armenian officials that Turkey had sent militia fighters from Syria to Azerbaijan and that they were taking part in the fighting.

Armenia’s ambassador to Russia said earlier on September 28 that Turkey had sent around 4,000 fighters from northern Syria to Azerbaijan, the Interfax and RIA news agencies reported.

“Rumours of militants from Syria allegedly being redeployed to Azerbaijan is another provocation by the Armenian side and complete nonsense,” said the aide, Khikmet Gadzhiev.

Separatist authorities in Nagorno-Karabakh said 31 of their soldiers had died, and some lost positions had been retaken. Azerbaijan said Armenian shelling had injured 26 civilians. Officials in Baku denied claims from Yerevan reported by Armenpress that by the morning of September 28, the Azerbaijani side had lost around 200 soldiers, four attack helicopters, 27 armed drones, 36 tanks, an armoured vehicle, two field engineering armoured vehicles and 11 pieces of armoured equipment.

Both sides accuse each other of starting the fighting that started early on September 27.

Russia, which has military bases in strategic ally Armenia, has called for an immediate ceasefire and has been talking to both Yerevan and Baku. There have been calls from around the world for an end to the fighting, including from the US, France, China, Iran and the EU, but there is as yet no tangible sign of that becoming a likelihood.

The Armenian defence ministry said fighting occurred throughout the night on September 28, while Azerbaijan’s defence ministry said Armenian forces were shelling the town of Terter, just outside the mountainous enclave of Nagorno-Karabakh, the self-proclaimed “Republic of Artsakh” within Azerbaijan controlled by ethnic Armenians but which has no international recognition.

Armenia and Azerbaijan fought a six-year war over the region until a ceasefire in 1994. An estimated one million people were displaced by the war, while approximately 30,000 were killed. There have been occasional flare-ups of fighting ever since. At least 200 people were killed in a revival of the conflict in April 2016.

Nagorno-Karabakh, a region of around 4,400 sq km (1,700 sq miles) was traditionally inhabited by Christian Armenians and Muslim Turks. In Soviet times, it became an autonomous region within the republic of Azerbaijan.

Russia denies defaulting on $100mn bond coupon payment
5 hours ago
A maze of smuggler tunnels: the Kyrgyzstan-Uzbekistan border
6 hours ago
Ukraine's Zelenskiy calls on the US to recognise Russia as a state sponsor of terrorism
6 hours ago
Amnesty International issues damning report on Lithuania’s migration centres
7 hours ago
At least a dozen killed in shopping mall bombing as Zelenskiy urges G7 leaders to impose more sanctions
7 hours ago