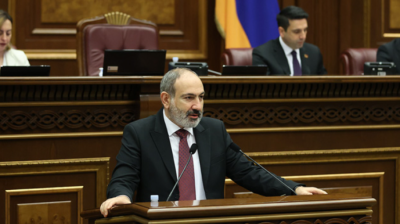 An unprecedented face-to-face meeting between Armenian Prime Minister Nikol Pashinyan and Turkish President Recep Tayyip Erdogan is set to take place on the sidelines of a summit of the European Political Community (EPC) in Prague on October 6. 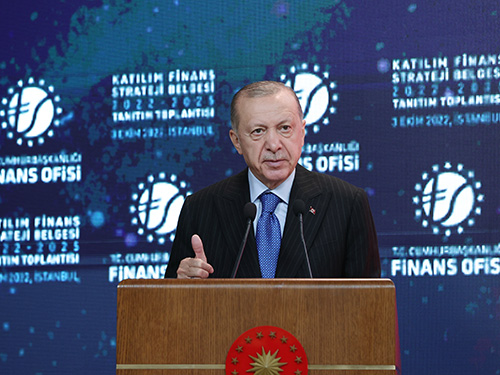 The Turkish leader has not objected to the possibility of such a meeting and the meeting has been confirmed, according to Armenian foreign affairs ministry spokesman Vahan Hunanyan.

"This will be huge. However, don't expect any positive results. Erdogan will most likely try to push Pashinyan into accepting [Azerbaijani President Ilham] Aliyev's demands on all the agendas of the AM [Armenia]-AZ [Azerbaijan] context," wrote Armenian political analyst Tigran Grigoryan on Twitter.

Azerbaijan and Turkey are more than just strong allies. Officials of the two countries often describe relations between the Turkic countries as “One nation, two states”. Military equipment and advice from Nato member Turkey has been vital to the breakthroughs Azerbaijan’s armed forces have achieved over Armenia in the past two years.

Rhetoric from Turkey aimed at Armenia prior to and amid Azerbaijan's attack on Armenian territory on September 13 did not help to create a conducive environment for talks aimed at solving the disputes between Yerevan and Baku, and those talks were already being conducted in bad faith.

Erdogan—who faces elections in Turkey by next June at the latest—voiced full support for Azerbaijan's military operations on the border with Armenia and blamed Yerevan for them. "The whole world must know that in this situation we stand with Azerbaijan," said Erdogan. "Armenia is not complying with terms of the agreement signed after the [2020] Karabakh war and is constantly taking an aggressive stance. Undoubtedly, such behaviour will have consequences for the Armenian side."

Meanwhile, Armenian Foreign Minister Ararat Mirzoyan insisted that the hostilities constituted military aggression of Azerbaijan committed against Armenia. He said Baku was trying to force Yerevan to fully accept its terms for a bilateral peace treaty and cede Armenian territory for an "exterritorial corridor" that would connect Azerbaijan to its Nakhchivan Autonomous Republic exclave, which borders Armenia, Turkey and Iran.

Mirzoyan also blamed Turkey for the September hostilities: "We were periodically receiving information about planes carrying military supplies from Turkey to Azerbaijan," he said. Armenia’s top diplomat also pointed to joint Turkish-Azerbaijani military exercises that were held on September 5-9.

In the 2020 Nagorno-Karabakh conflict, Azerbaijan benefitted from a new level of arms support from Turkey. Weapons provided included the infamous Bayraktar TB2 drones and there was clear evidence of a provision of Syrian mercenaries, though Baku and Ankara have always denied there was a presence of any such fighters in the six-week war.

Turkey formally recognised Armenia's independence in 1991, immediately after the collapse of the Soviet Union. But in 1993, Ankara unilaterally closed the countries' international border during the first Nagorno-Karabakh war fought by Armenia and Azerbaijan. Turkey made the move in response to Armenia's occupation of Azerbaijani territories surrounding the former Soviet Nagorno-Karabakh Autonomous Oblast.

In the 2020 war, Azerbaijan regained control over the regions around Nagorno-Karabakh, and for more than a year, it seemed that there was nothing standing in the way of Turkey re-opening the border.

Both Armenia's eastern and western borders – with Azerbaijan and Turkey, respectively – have, however, remained closed, leaving Armenia with only two outlets to the rest of the world, via Georgia and Iran.

If a meeting between Pashinyan and Erdogan takes place in the Czech capital, it will stand in stark contrast to how the Armenian PM declined to attend the mid-September Samarkand, Uzbekistan summit of the Shanghai Cooperation Organisation (SCO), on the sidelines of which Erdogan met Russian leader Vladimir Putin.

Armenia and Turkey are in no way reconciled over their past. Turkey, to this day, denies committing genocide against the Armenians in 1915. However, under Joe Biden, the US, has recognised what took place as genocide, angering Ankara.

However, it's not just the past that stands as a roadblock to bilateral relations between the Armenians and Turks. The constant threats emanating from Turkey in support of Azerbaijan clearly present a major difficulty to normalising relations.

Turkey has long provided unequivocal support to Azerbaijan. That’s nothing new to Armenia. But as time goes by and the threats grow louder during military clashes, it becomes harder and harder for Yerevan to deal with Turkey in good faith.

A year ago, both Pashinyan and Erdogan spoke of "positive signals."

"We will evaluate those signals, we will respond to the positive signals with a positive signal," Pashinyan said during a government sitting on August 27 last year.

Erdogan told reporters two days later: "We can work to gradually normalise our relations with an Armenian government that has declared its readiness to move in this direction."

It proved to be a short period where some light was seen at the end of the tunnel.

Former president of Armenia Serzh Sargsyan once attempted to normalise relations through his so-called "football diplomacy". Abdullah Gul, Turkey's then president, visited Armenia on September 6, 2008, where he attended an Armenia-Turkey football match in Yerevan's Hrazdan stadium. The visit triggered a process of negotiation that concluded in October 2009 with the signing of bilateral protocols in Zurich.

The process was heavily criticised by many Armenians who claimed that Turkey was trying to get away with results that would mean no recognition of the genocide.

The "protocols" ultimately foundered as Azerbaijan pressed Turkey to break off talks. Azerbaijan opposed the 2009 attempt at a normalisation between Armenia and Turkey, recalling how Turkey closed its border with Armenia after the occupation of Kelbajar by Armenian troops in 1993.

Following the 2020 war, experts perceived that the calculations of all three sides had changed. Amid the Ukraine war, the assessments of Russia as regards the Armenia-Azerbaijan question may also have changed. Russia would certainly benefit from the opening up of road and rail links in this part of what it sees as its backyard, given how it is now the most sanctioned country in the world and needs to sow new economic opportunities. As such, the demarcation and opening up of borders has been Russia's priority in the peace talks with Azerbaijan and normalisation talks with Turkey.

"We always state that Armenia must now respond to these well-intentioned approaches and we do encourage these," Turkish Foreign Minister Cavusoglu said on June 20, referring to the talks with Azerbaijan. "We see that the Armenian administration is under pressure from radicals within the country as well as from the diaspora outside."

The Armenian government, on many occasions, has tried to sell the prospect of "open borders with Turkey" as an economic advantage. Still, Armenians within Armenia—a country of around 3mn—and Armenians among the Armenian diaspora—estimated as around 7mn-strong—are sceptical of such presented best-case scenarios or are categorically against them.

In December 2021, Armenia and Turkey appointed envoys. They have met four times to discuss the process of normalisation. There is some hope that their first breakthrough might be a partial reopening of the border crossings. On July 1, in identical statements, the envoys agreed to "enable the crossing of the land border between Armenia and Turkey by third-country citizens visiting Armenia and Turkey, respectively, at the earliest date possible."

Ruben Rubinyan of Armenia and his counterpart Serdar Kilic of Turkey, following an initial meeting in Moscow and three subsequent meetings in Vienna, with no mediators present, announced "concrete results." They said that the two sides had agreed to start direct air cargo flows between Armenia and Turkey "at the earliest possible date" and had "discussed other possible concrete steps that can be undertaken towards achieving the ultimate goal of full normalisation between the respective countries."

The statement further reiterated an agreement "to continue the normalisation process without preconditions."

The partial border opening could come soon. In a July 4 interview on public television, Rubinyan said: "I consider it logical that these arrangements should be implemented during this summer." Since then, the border has remained closed to third country citizens and there has been no commencement of air cargo flows.