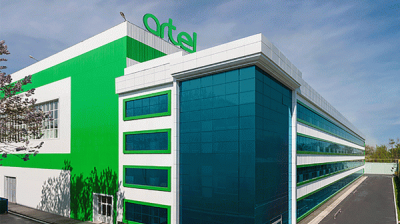 Uzbekistan's leading white goods manufacturer Artel has issued its first corporate bond on the local exchange in a milestone event for the development of the company and the local capital markets. / Artel
By Muzaffar Ismailov in Tashkent June 13, 2022

The company placed a debut three-tranche bond offering of UZS30bn ($2.71mn), with maturities of 12-18 months, a coupon interest rate of 21-22.5% and quarterly payments.

“The bond issuance is Artel’s first capital markets activity, either domestically or internationally. A broad range of investors participated in the raise, which was oversubscribed,” the company said in a statement emailed to bne IntelliNews.

“In its first interaction with the investor community, Artel showcased its leading domestic market share, rapid increase in export sales, and strong projections for future growth. The raise will be used to replenish the company’s working capital.” Sarvar Akhmedov, head of Uzbekistan's Capital Markets Development Department, said: “Artel’s issuance on the TSE is the latest encouraging sign in the development of Uzbekistan’s capital markets.

Artel is one of the up-and-coming stars of the post-Karimov Uzbekistan, which is flourishing thanks to six years of reforms that has opened up the country to the rest of the world. A profile of the company was included by bne IntelliNews in a report Uzbekistan Rising on the progress the country has made in the last two years as the reforms start to bear fruit.

The formerly closed country is transforming from a centrally planned command economy to an open market-based system. That has seen economic growth run at an average of over 6% a year and as incomes rise demand for consumer goods, and especially consumer durables, have soared.

Artel is one of the unsung success stories of Central Asia’s modernisation and is considering plans to enter the international capital markets with a long-term eye on a public offering, Bektemir Murodov, Artel’s CFO, told bne IntelliNews in the company’s first ever interview with the international press.

For its part, the government is also keen to develop the domestic capital markets as it begins an extensive privatisation programme where it intends to list many of the state-owned assets on the TSE. Some of the largest will be dual-listed on international exchanges. The listing of Artel’s corporate bond on the TSE this week is part of the development programme and a milestone in the development of the domestic bond market.

The finance ministry said: “The Ministry of Finance is committed to increasing confidence in the domestic markets and creating the conditions for an increasingly healthy and liquid TSE. We expect that other large players will soon consider the TSE as an attractive forum to raise capital, which will further develop both their businesses and our country.”

Artel began life as a trading operation in the 1990s, importing aluminium and plastic products such as door and window frames that were in high demand at the time. By the mid-2000s, business was flourishing and so the company went into production, producing white goods like cookers, hoovers and later TVs and fridges amongst other things. Artel signed a licensig agreement with Samsung to manufacture items like hoovers but the company has since developed its own brands.

Artel has been paying for its development out of retained earnings, but as it expands its export business to the rest of Central Asia, Eastern Europe and even as far afield as Africa, it has been preparing to raise capital to accelerate its growth. The company has been through a corporate restructuring to improve transparency, has introduced international IFRS accounts and is getting ready to raise money on the capital markets.

“We are very proud to have issued our first bond on the domestic market. The TSE, with a pool of regionally focused investors, is the natural forum for our first bond issuance. It provides us the opportunity to demonstrate Artel’s robust fundamentals and strong growth prospects. Interacting successfully with the investor community is an affirmation of our hard work in consolidating our businesses and aligning with international best practice in ESG and financial reporting,” said Shokhruh Ruzikulov, CEO at Artel Electronics.