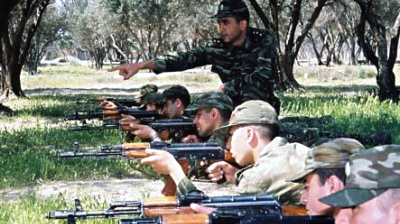 Some 38,000 men in Azerbaijan have signed up to join the country’s armed forces following the fresh border clashes with neighbour Armenia, the Azerbaijani State Service for Mobilisation and Conscription announced on July 19. The statement came as Azerbaijan’s ally Turkey made it plain it would support Baku in any serious conflict with the Armenians.

Two dozen Azeri soldiers have lost their lives in the incidents of recent days. Several Armenian military personnel have also reportedly been killed amid growing tensions over the countries’ disputed borderline.

Those signing up for the Azerbaijani military did so electronically or by visiting local offices of the State Service for Mobilisation and Conscription, officials said.

Despite the increase in tensions, Baku reported that in the Tovuz northern region relative calm now prevailed.

In other developments, Azerbaijan raised tensions by threatening to attack Armenia’s nuclear power station. Rumours swirled that the threat was made after Yerevan warned it could strike Azerbaijan’s Mingachevir Dam, but there was no confirmation of the speculation.

Turkish President Recep Tayyip Erdogan, meanwhile, pledged to support Azerbaijan in its latest showdown with Armenia, which has prompted the most substantial military clashes between the two countries in four years, when hundreds were killed on both sides.

“Armenia is continuously targeting Azerbaijan’s civilian areas. We will certainly not leave brother Azerbaijan alone,” Erdogan said in a press conference after Friday prayers on July 17 in Istanbul. “Armenia is an invader.”

Erdogan did not offer proof of his claims.

July 18 brought reports that  Russia was holding military exercises to test its combat readiness amid the clashes between Azerbaijan and Armenia. The Russian Defence Ministry described the exercises as a routine check of the army’s capacity to ensure security in Russia’s southwestern region and denied any links between the training and the fighting taking place in the Caucasus region, south of Russia.

Russia, which has a military base in Armenia, has urged the two sides to cease fire and show restraint. The Kremlin said Moscow was ready to act as a mediator. The drills involved around 150,000 troops and 400 aircraft, according to the defence ministry.

In recent years, Russia has continued to sell weapons to both Armenia and Azerbaijan.

Azerbaijan entered into a conflict with Armenia over Nagorno-Karabakh, a majority Armenian-populated region of Azerbaijan, three decades ago as the Soviet Union collapsed. Armenians took control of the mountainous region, which is still internationally recognised as part of Azerbaijan, along with seven adjacent districts. Russia arranged a ceasefire in 1994, but no peace deal has been signed despite mediation efforts made by the US, Russia and France.