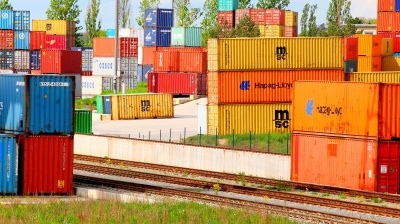 Belarus is drafting a bill on parallel imports in order to simplify the import of goods sanctioned by the West from third-party countries. This was revealed by Belarus’ Minister on Anti-monopoly regulation and Trade (MART) Aleksei Bogdanov earlier in September.

According to Bogdanov: “The adoption of the document will simplify the import of goods, [whose] import into our country has been forbidden due to Western sanctions.”

Bogdanov revealed this during the Minsk Trade Dialogue on September 8, in which Belarusian state ministries, manufacturers, retailers and public catering companies participate. Only a week later, the US Department of Commerce implemented additional export controls against Belarus and Russia. These controls add Belarus to the scope of the industry sector sanctions that have only applied to Russia, imposing on Belarus the same controls as those applicable to Russia.

Partly due to sanctions but also due to a general decrease in purchasing power by the Belarusian population following rapidly increasing inflation, Belarusian imports have dropped dramatically. Overall, Belarus’ decreased foreign trade this year caused by the Western sanctions has created a large-scale recession in the country.

According to Satio, a Belarusian market research company, Belarus has lost over 50,000 jobs since the beginning of the year. In July Belarus’ number of active workers fell to its lowest total ever, landing just above 4,000,000. More than half of Belarusians only have savings enough for one month and people who haven’t left for the EU to try to find better living standards are currently holding on tight to their jobs.

According to economist Lev Lvovsky from the independent Belarsian Economic Research and Outreach Centre (BEROC), “we have already gone back 10 years, and everyone is trying to prepare for even tougher times.”

On September 19, bne IntelliNews reported on the losses incurred on Belarus’ transport service following the country’s decreased foreign trade as a result of Western sanctions.

Leaked statistics from Belarus’ state railway service shows that the value of freight transports for its subsidiary company Belintertrans’ in August was only 28% of what it was in January. This is immense decrease is likely directly connected to Belarus poor foreign trade performance this year.

While the government in Minsk usually portrays decreased imports as a good thing, since it creates a more positive trade balance and gives room for Belarusian exports to be sold on the home market, it’s quite obviously also having strong negative effects on the country’s economy.

First of all, a sudden decrease in imports creates problems for the immediate buyers and consumers of the imports, such as various Belarusian manufacturing and retail companies. However, it also creates problems for intra-industry trade among Belarusian companies. Since Belarusian state manufacturers are often heavily interconnected, a sudden stop of imports to one company could have severe ripple effects throughout the domestic supply chains.

Secondly, the various Belarusian ministries and governmental bodies involved in finding new supply chains and stabilising old ones can’t possibly come without considerably heightened alternative costs. These ministries could be working on other things, but for the year ahead they will be busy just organising Belarus’ and Russia’s import-substitution project and finding new supply chains.

During an international conference in Minsk on September 15, the Chairman of Belarus’ State Customs Committee, Vladimir Orlovsky, remarked that “the most important thing in today's complicated situation is to look for unconventional approaches, because it will be impossible to keep working using old tricks. This is why we are going to find new ways.”

One of these new ways will be to simplify the import of goods sanctioned by the West from third-party countries as soon as Belarus’ MART has worked out the specifics and finalised its bilateral trade agreements.

While Belarus often praises its trade co-operation with countries like Syria, Mongolia, India, Iran or various post-Soviet states, these neither make up a significant market for Belarusian manufacturing products today, nor are their markets likely to have room or demand for enough Belarusian export goods to help Minsk manage the sanctions pressure on its export sector.

Nevertheless, the claimed increased co-operation in “logistics” or “transportation” gives a hint to a possible increase in the co-operation of importing Western sanctioned products to Belarus through these countries.

China is probably Belarus’ second most important partner after Russia when it comes to restructuring supply chains for Belarusian foreign trade. As Russian ports are busy handling both Russian and Belarusian goods that can no longer travel through Western ports anymore, Belarus has managed to negotiate an expanded transportation and logistics partnership with China. This new agreement will involve Belarus as a transit country by using “container trains for shipping between China and Europe and between China and Belarus, the development of transboundary automobile and railway corridors.”

While this may bring some job opportunities to Belarus when it comes to logistics handling and boosting the freight value transported by Belintertrans, it will more importantly increase Belarus’ exports to and through China. As bne IntelliNews have previously reported, Belarus’ use of its food exports to China to boost its foreign currency earnings could be exacerbating domestic food inflation within the country.

However, being a transit country for Europe-China trade, hammering out agreements for joint handling of these busy supply chains could also make it easier for Belarus to import Western sanctioned goods.

This may not be called sanction evasions per se, but the Belarusian government is carefully reviewing its “old tricks” and trying to find new ones.

RBI's 2022 profits soar to €3.6bn, with Russian operations representing more than half
Belarus faces new sanctions by the EU and asset seizures by Ukraine
Belarus Corruption Watch: How one of Lukashenko’s 'wallets' evades sanctions

Ukraine anti-corruption officers raid home of Kolomoisky
1 hour ago
Bulgaria starts construction of gas link with Serbia
10 hours ago
RBI's 2022 profits soar to €3.6bn, with Russian operations representing more than half
1 day ago
Hawkish Iran helped stop larger Azerbaijani attacks says Armenia
1 day ago
Only Hungary and Russia heading for recession in 2023 as Emerging Europe shows its resilience
1 day ago