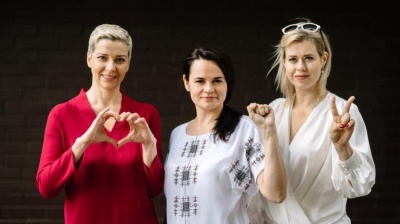 In her first appearance on Belarusian state television as a registered candidate for the August 9 presidential election, Svetlana Tikhanovskaya said she'll announce a new, free and fair presidential vote, if elected, and sharply criticised the current system.

"On television, they won't tell you that Belarusians are imploring school teachers and other people who are forced to falsify the ballot not to do it, and this is is the truth," she went on to say. "On television, they won't tell you in what poverty the majority of the population live and how lavishly senior officials live, but this is the truth."

According to Tikhanovskaya, if she is elected president, she will immediately call a new presidential election, as next month's vote isn't going to be free and fair.

"We also need to change the system whereby all power in the country is concentrated in one person's hands," she went on to say. "Just think about it – for the first time in 20 years Belarusians have enough strength to win."

Tikhanovskaya launched her bid to unseat incumbent President Alexander Lukashenko after her husband, popular anti-Lukashenko blogger Sergei Tikhanovksy, was arrested in May.

Last week, she joined forces with the campaigns of two other prominent contenders who were excluded from the ballot, Viktor Babaryko and Valery Tsepkalo.

However, her campaign already faces obstacles including restrictions on when she can hold rallies; Radio Svaboda reported on July 21 that in several regions she has only been allowed time slots such as 8am to 12 noon to hold events.

Lukashenko has ruled Belarus since 1994 and is running for a sixth presidential term. Currently, he is facing the biggest challenge in years to his authority amid popular anger over his dismissal of the coronavirus (COVID-19) pandemic and unhappiness over the economy.

Tehran officially neutral in Nagorno-Karabakh conflict but Iranians known to be unhappy at Azerbaijan’s relations with Israel and Saudi Arabia.