BEYOND THE BOSPORUS: A peek under the lid at Turkey’s obscured problem loan burden 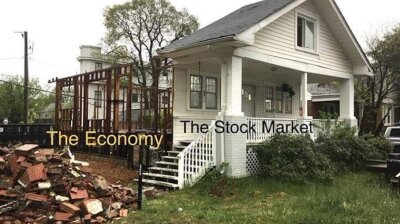 The Turkish authorities do not provide actual data on the problem loans in question, known as Stage 2 loans, but observers follow the chart in the financial stability report.

The full report is not available in English as yet and, yes, that’s despite the great fuss made over how Turkey’s new central bank governor and finance minister are supposedly “orthodox” and how the Erdogan administration has gone into “market-friendly” mode.

Who is going to believe those still dissing Turkey from the sidelines saying what its officials are actually after are short-term speculative funds that do not dig into what information is provided while enjoying the rallying banking stocks?

Turkish banks also had around TRY150bn worth of non-performing loans (NPLs) grouped as Stage 3-4-5 under Turkish regulations at end-September.

The NPL ratio declined to 4.1% at end-September from 5.4% at end-2019 thanks to a regulation brought in by the banking watchdog BDDK that extended the required period for banks to register a loan under close monitoring as an NPL, the central bank noted.

Even the central bank underlines the fact that the Turkish banking industry’s ratios and financials are synthetically off thanks to “regulatory forbearance”. Meanwhile, mainstream media outlets and market-maker news services, along with the finance industry, continue to report that Turkey’s banks are producing huge profits.

The NPLs and loans under close monitoring totalled TRY510bn, or 14.3% of the overall TRY3.56 trillion loan book, at end-September.

The banking industry’s overall equity stood at TRY569bn at end-September, according to the BDDK.

This figure does not include loans provided under the state’s Credit Guarantee Fund (KGF) or restructured loans since they are categorised as performing loans, or Stage 1 loans under Turkish regulation.

The financial stability report also showed that the outstanding loan volume under the KGF stood at TRY342.7bn at end-September.

The Turkish authorities also do not share information on restructured loans.

According to the quarterly bank loans tendency survey conducted by the central bank, Turkish companies in Q3 mainly tended to take out loans to restructure outstanding loans (chart below).

BEYOND THE BOSPORUS: Pa! Sanctions, schmanctions!