BEYOND THE BOSPORUS: Turkey in financial desert as liquidity dries up in USD/lira market 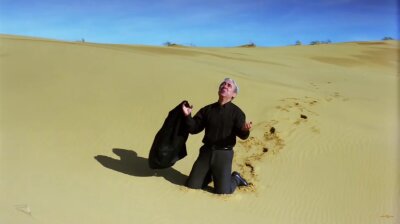 Quelle surprise! Turkey's taken the lira on a circuitous route back to the desert.
By Akin Nazli in Belgrade November 3, 2020

Renowned pundits at financial institutions and market-maker news services are regaling us with their latest wisdom as to Turkey’s monetary policy manoeuvres while throwing in, for good measure, President Recep Tayyip Erdogan’s latest invective targeting his Western allies (or his talking through his hat as one might better describe it). It’s all in the service of explaining the relentless collapse of the Turkish lira (TRY). But let’s dig out some realities that really shouldn’t be missed as carnage is heaped upon carnage (some might describe it as Lira Crisis II following on from August 2018’s Lira Crisis I but the initial crisis never really ended, this is more a rolling crisis that’s had several waves).

Warnings as to killing the convertibility of the lira and, consequently, liquidity in the FX-to-TRY markets have been sounded since March 2019 when the Erdogan administration vowed to wage “war” against its foreign financers prior to the local elections.

Ever since, the Turkish government has acted to spook foreign players on the lira markets, while providing the required liquidity via the country’s FX reserves held at the central bank and through swaps made with local banks.

Now, we see the plughole. The government remains the only FX liquidity provider on the lira markets but it has drained the basin and it has nothing much left in the flask stashed in its back pocket.

“Nuance: Our central bank as you know has shorted both its FX cash and banks’ FX that it has taken via swaps. Now, even if we convince locals to sell FX by offering high interest rates, the FX #liquidity in the system to Swift a significant amount of USD is scarce. It [some FX cash for Swift transactions] should be swapped from London too. Karma is a…”

A sharp rate hike would only provide short-term relief. It would draw in some hot money hitmen not exactly familiar with what’s going down in Turkey. Stopping domestic thirst for FX while not preventing the USD/TRY rate from smashing through to a new low day after day would remain impossible.

The history of the Turkish lira also provides some hints. The earliest available Turkish central bank USD/TRY buying rate on the regulator's website is 0.0000028, recorded on January 2, 1950.

Six zeros were erased from the lira in 2005 and the figure on November 4, set by the monetary authority, was 8.4546, suggesting a 301,949,900% increase since the 1950 figure. (The market rate sank on November 3 to a new all-time low of 8.5456 before losses were sharply trimmed to around 8.44 in the early hours of November 4. The sharp move came after the EUR/TRY rate hit double digits. It was a market anomaly as the USD/TRY and EUR/USD rates were suggesting an EUR/TRY rate in the 9.99s. ‘The Boss’ may have ordered that the EUR/TRY should be pulled back into the single digits immediately or it could have been a pre-authorised order to sell whatever was held at the point when the EUR/TRY rate went into the double-digits. Simultaneously, rumours of an emergency rate-setting meeting were "leaked" and banking stocks on the Borsa Istanbul were heavily bought. We will see what will happen later on November 4.)

It’s mind-boggling, but it can be fairly written that the central bank’s USD/TRY buying rate has risen by more than three million times in the past 70 years.

Finally, let’s note that this does not necessarily mean that the lira will continue to steadily lose value. The government may pull out some FX from somewhere. Some hot money may arrive. Or a sharp rate hike may provide some short-term relief.

These temporary periods of relief have from time to time been extended to last a decade by former governments during the lira’s almost century-long history. Such a period was seen, for instance, from 2003 to 2008.

However, the secular trend in the Global South, or Third World or Emerging Markets (EM), currencies has been on the same track since the 15th century.