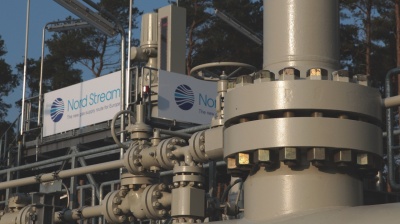 The US will not engage in any covert talks with Russia over the growing tension in Eastern Europe, a senior White House administration official told the press on December 9.

There is uncertainty over the purpose of the Russian military build-up near the border with Ukraine. That is putting the central and eastern European Nato member states on high alert, fearing Russia’s encroaching ever closer to what used to be its geopolitical dominion prior to 1989.

“Starting talks under the guns about the future of Nato, or even more so about involving Russia in the European security architecture with a veto right — this is completely the wrong way and will ignite appetite for further aggression,” Marko Mihkelson, the Estonian parliament’s head of the foreign affairs committee, told the Financial Times.

Washington assured the group that the alternative to armed conflict was “the path of de-escalation and diplomacy.  And the president made very clear that this path was going to be pursued in full consultation with our allies and partners,” the senior administration official said.

Even though Ukraine is not a Nato country, the US said that a Russian invasion would bring about severe consequences, such as shutting down Nord Stream 2, the Russian pipeline about to start pumping tens of billions of cubic metres of gas directly to Germany, circumventing Ukraine and Poland.

Kyiv and Warsaw – which are close allies - worry that Nord Stream 2 will serve Russia to stop transit of gas through Ukraine altogether, causing supply problems and depriving Ukraine of transit fees.

Some observers in Poland noted that the consequence of the “war or Nord Stream 2” approach would be getting the divisive pipeline to work in return for Putin simply doing nothing.

Poland’s President Andrzej Duda said that in “response to the Russian policy of aggression, [Poland] expects a very clear position of strengthening, not weakening, Nato,” Duda’s office said in a statement.

That might be on the table, according to another participant in the call with Biden.