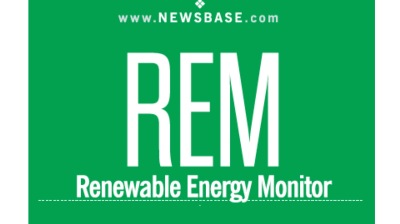 BlackRock has raised $250mn from a consortium of ten institutional investors, governments and charities for its flagship blended finance fund, which aims to help emerging market economies reduce carbon emissions.

The Climate Finance Partnership (CFP) is focused on investing in climate infrastructure across emerging market countries in Asia, Latin America and Africa, French development fund AFD said in a statement.

The partnership is targeting at least $500mn, meaning that it secured half of its target at first close.

Significant infrastructure investment, such as in renewable power, is needed for emerging market countries to limit rising carbon emissions, with energy demand in these countries poised to double by 2050.

Approximately $9 trillion is needed for emerging markets to derive two-thirds of their energy from renewable power by 2050.

The CFP was first conceived at the One Planet Summit in September 2018 under the leadership of French President Emmanuel Macron.

Together with Grantham Environmental Trust, the Quadrivium Foundation, and another private foundation, the consortium have committed a combined $112.5mn in catalytic capital.

“We are honoured to collaborate with this group of like-minded organisations from the public and private sectors to raise initial capital that will be used to help unlock the energy transition in emerging markets through the Climate Finance Partnership,” said Edwin Conway, global head of BlackRock Alternative Investors.

Rémy Rioux, CEO of the AFD, says that the unique challenges posed by climate change call for “stronger joint action, public and private”.

“This ambitious partnership, forged with Germany, Japan and leading global foundations, will help redirect financial flows toward sustainable development investments across the emerging world, with a priority to Africa as a key continent to France and Europe and one of the most vulnerable regions to climate change despite contributing the least to global warming,” said Rioux.

State Secretary Jochen Flasbarth from the German Ministry for the Environment, Nature Conservation and Nuclear Safety, said: “We are supporting this partnership because we believe that combining the strengths of the public and private sectors is necessary in order to align finance flows with low-carbon and climate-resilient development."

"The Paris Agreement requires nothing less from us than the climate-friendly transformation of the financial sector,” said Flasbarth.

Tadashi Maeda, governor of JBIC, notes that the government of Japan has pledged to reach net-zero greenhouse gas (GHG) emissions and carbon-neutrality by 2050. “Participating in CFP as a catalytic partner is in line with such mission and we are pleased to contribute to the sustainable development of developing countries and provision of private capital to low-carbon investment opportunities,” says Maeda.

Institutional investors Dai-ichi Life Insurance, Standard Chartered Bank and MUFG Bank have been among the first private investors to commit capital. The partnership’s first close has secured half of the its $500mn target.

Seiji Inagaki, president and representative director of Dai-ichi Life Insurance, said: “As an institutional investor, Dai-ichi Life aims to achieve zero carbon by 2050. We actively pursue climate-related opportunities by investing in and financing projects such as renewable power to create positive impacts. We believe CFP will greatly contribute to solving various issues in emerging countries such as decarbonisation, and we are pleased to invest in this fund.”

Tug of war emerging over what role Iran (and its oil) should play in new world order
Death of China-to-Russia cargo transit routes means it’s all aboard for Kazakhstan
bneGREEN: Iran records one of the hottest days on Earth ever