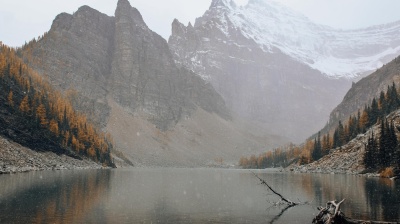 BlueSphere Carbon, a recently launched carbon trading platform, is aiming to raise $10mn to radically change how carbon credits are traded online and has signed a new partnership with Canada’s CarbonRx in a bid to develop green projects with First Nation groups across the country.

Carbon credits are a growing market internationally, with developments coming from all corners of the globe in the fight against climate change. Blockchain technology is also now playing an increasingly important role in the sector, with verification processes stamping out so-called “double counting”, which has been in the headlines in recent months from some entrants.

Two of the founders of the company, Iranian emigres Shidan Gouran and Eddie Soleymani, told bne IntelliNews in an interview how the company expects to see a massive jump in the growth of BCE platforms in Q3 2022, with more than quadruple growth in the carbon credits the platform would trade. “The BCE platform is a marketplace for selling and buying carbon offsets,” Gouran told bne IntelliNews.

So far, the financing of green projects has used blockchain technologies such as Moss Carbon Credit, Klima DAO, Verra and Toucan Protocol, as well as other rising carbon markets. However, the two founders now claim their entrance to the market is tipped to shift the playing field radically.

BlueSphere Carbon and Saskatchewan-based CarbonRx plan to capitalise on their natural advantage of expanding North American and European carbon markets by connecting with a wider array of players into ever-expanding markets, including Africa.

The new group plans to expand its reach massively by taking on organisations which currently verify and offer carbon market prices, such as Gold Standard and Verra, two of the long-term players in the market.

BlueSphere and CarbonRx plan to offer their service under the name Viridius Decentralised Autonomous Organization (DAO), a new type of group-led effort to develop carbon credits backed by blockchain technology.

To date, across the growing market, the rush to market capitalisation of carbon credits has been hampered by the verification agencies (so far primarily based in Europe) using outdated technologies to verify projects across the globe.

So far, BlueSphere Carbon has raised funds and is seeking an additional $10mn in private placement to develop its offering in the market as it quickly develops on a global scale. In addition, BlueSphere will expand into working with regional programmes in conjunction with the CarbonRx and its open membership as a DAO.

As Gouran claims, the process aims to “build transparency and open the market to a growing cohort of new carbon credit companies.”

The future of farming and forestry

“Africa is a big goal for us, we believe it holds massive potential as being a carbon sink in the long term, and we’ve already purchased 2mn hectares of land for future carbon forestry projects on the continent,” he said.

He added that the current form of pre-credits available in the market does not offer an enticing market share. But just as Sphere3d, Nasdaq Miner and other pre-credits are brought on board, “we believe like having an individual interface, I’m really excited about,” Gouran said.

Carbon sequestration and carbon farming practices are a global goal for many in different regions, as previously agreed by the Paris Climate Agreement, which the US has again signed up for following the departure of former US president Donald Trump. Yet, despite Trump and the slow transition of the Biden administration in supporting the industry initially, a growing cadre of all sectors across the globe is now seeing the benefits of carbon markets.

BlueSphere Carbon has so far sold over 1mn tonnes of carbon credits on the market with its growing network of suppliers, and with the launch of the Viridius DAO in the coming months it is set to expand its market share.

In 2021, a viral video online which spread on social media predicted a potential 100x increase in the carbon credits market over the next decade. With the introduction of blockchain technology, the corporate investment and carbon credits sectors converged towards the end of the coronavirus (COVID-19) pandemic, but the sector has been hit with a rush of groups looking to jump on the green bandwagon.

Gouran dismisses the many groups now popping up offering credits, saying that their systems are merely a resale of already available carbon credits in the market. “The market comes with a lot of hype and nonsense, and will hide the real value that will be created in the market. I feel like ours will be one the most forward thinking,” he told bne IntelliNews.

A critical milestone in the creation of BlueSphere Carbon was when the two sides partnered up with CarbonRx, which works with Canadian First Nation groups to roll out carbon forestry projects across Canada’s provinces. That company was one of the first to enter the North American market in 2006, as one of the region’s first voluntary carbon credit originators and aggregators.

In addition, the work of CarbonRx has helped over $30mn worth of carbon credits to be exchanged via the Chicago Climate Exchange in the US. These voluntary credits came from agricultural producers that are actively engaged in the practices of no till and reduced tillage farming as well as utilising new agricultural regenerative protocols.

Marty Seymour, chief operating officer (COO) of CarbonRx, breaks down the details of the company's partnerships with Canada’s First Nations taking part in the process. He intends the deal to provide a blueprint for BlueSphere Carbon to work with native communities in other locations across the globe.

As Seymour explained to bne IntelliNews, the decision to work with First Nations helps their communities derive a new income from green economy practices whilst also allowing them to reconnect with their sacred lands and protect them from encroachment from corporations. By acting as “conservations of forestry” of their historical sites, they are now able to secure a productive long-term sustainable strategy.

Tug of war emerging over what role Iran (and its oil) should play in new world order
Death of China-to-Russia cargo transit routes means it’s all aboard for Kazakhstan
bneGREEN: Iran records one of the hottest days on Earth ever