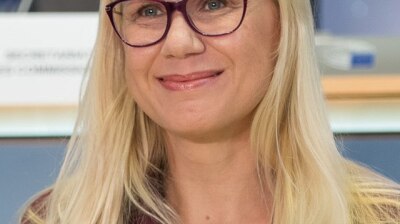 The European Commission has published a draft bill to promote the use of hydrogen and biomethane across Europe, and to strengthen the resilience of the gas system after months of volatile gas prices and supply worries.

The Commission's proposals aim to shift gas consumption from natural gas, which is a fossil fuel, towards renewable and low-carbon gases.

Energy Commissioner Kadri Simson said that the central policy aims of the legislative package were to establish a pan-European market for hydrogen.

The Commission’s bill also contains proposals to reduce methane emissions in the energy sector in Europe and in the global supply chain in order to implement the targets of the EU Methane Strategy.

However, campaigners against fossil fuels warned that the new rules would still lead to a reliance on fossil fuels by effectively locking natural gas in to the EU’s future energy plans.

“This package was crucial to accelerate the transition towards a decarbonised energy system. Yet the Commission has ceded ground to industry polluters, giving them a chance to greenwash their fossil business and emissions,” said Patrick ten Brink, director of EU policy at the European Environmental Bureau.

Gas network operators will still play a central role in energy infrastructure, as they are being asked to include information about infrastructure that can be decommissioned or repurposed. But the plan doesn’t include targets or milestones to end gas exploitation and downsize the infrastructure, Climate Home News reported.

Brussels’ new policies aim to contribute to the European Union’s stated aims of reducing greenhouse gas (GHG) emissions by at least 55% by 2030 and of becoming climate-neutral by 2050.

“With today's proposals, we are creating the conditions for the green transition in our gas sector, boosting the use of clean gases. A key element of this transition is establishing a competitive hydrogen market with dedicated infrastructure. We want Europe to lead the way and be the first in the world to lay down the market rules for this important source of energy and storage. We are also proposing strict rules on methane emissions from gas, oil and coal to reduce emissions in these sectors by 80% by 2030 and to trigger action on methane outside the EU. Our proposals also strengthen the security of gas supply and enhance solidarity between member states, to counteract price shocks and make our energy system more resilient. As requested by Member States, we improve the EU's gas storage coordination and create the option for voluntary joint purchase of gas reserves.”

The new hydrogen market will be developed in two phases, before and after 2030, according to the bill, and notably cover access to hydrogen infrastructures, separation of hydrogen production and transport activities, and tariff setting.

A new governance structure in the form of the European Network of Network Operators for Hydrogen (ENNOH) will be created to promote a dedicated hydrogen infrastructure, cross-border co-ordination and interconnector network construction, and elaborate on specific technical rules.

Simson said last week that the EU would create its own strategic gas reserves in order to hedge against future gas shortages.

She said that despite the extremely high prices of natural gas in 2021, hub-linked gas prices will deliver gas more cheaply to the Continent over time than long-term oil-linked prices.

Executive Vice-President for the European Green Deal Frans Timmermans said: “Europe needs to turn the page on fossil fuels and move to cleaner energy sources. This includes replacing fossil gas with renewable and low carbon gases like hydrogen. Today, we are proposing the rules to enable this transition and build the necessary markets, networks and infrastructure. To address methane emissions, we are also proposing a solid legal framework to better track and reduce this powerful greenhouse gas, helping us to fulfil the Global Methane Pledge and tackle the climate crisis.”

Other major measures include the first-ever EU legislative proposal on methane emissions reduction in the energy sector. The Commission will require the oil, gas and coal sectors to measure, report and verify methane emissions, and proposes strict rules to detect and repair methane leaks and to limit venting and flaring.

The new proposals form part of Brussels' Green Deal, and will be aligned with countries’ individual National Energy and Climate Plans, as well as EU-wide Ten Year Network Development Plan.

The new rules will make it easier for renewable and low-carbon gases to access the existing gas grid, by removing tariffs for cross-border interconnections and lowering tariffs at injection points. They also create a certification system for low-carbon gases.

The Commission will establish two transparency tools that will show the performance and reduction efforts of countries and energy companies across the globe in curbing their methane emissions: a transparency database, where the data reported by importers and EU operators will be made available to the public; and a global monitoring tool to show methane-emitting hot-spots inside and outside the EU, harnessing its world leadership in environmental monitoring via satellites.

The Commission will engage in a diplomatic dialogue with its international partners and review the methane regulation by 2025 with a view to introducing more stringent measures on fossil fuels imports once all data is available.

The date of 2025 was agreed at the COP26 conference in November in Glasgow, when methane was a major focus on global consensus.

Meanwhile, the EU also proposed on December 15 to align the rules for the energy performance of buildings with the European Green Deal and decarbonise the EU's building stock by 2050. A key milestone will be phasing out fossil fuels in heating and cooling by 2040.

This proposal will facilitate the renovation of homes, schools, hospitals, offices and other buildings across Europe to reduce GHG emissions.

“Buildings are the single-largest energy consumer in Europe, using 40% of our energy, and creating 36% of our GHG emissions. That is because most buildings in the EU are not energy-efficient and are still mostly powered by fossil fuels. We need to do something about this urgently, as over 85% of today's buildings will still be standing in 2050, when Europe must be climate neutral,” said Simson.

The key proposal is that as of 2030, all new buildings must be zero-emission.

Also, new EU-level minimum energy performance standards are proposed, requiring the worst-performing 15% of the building stock of each Member State to be upgraded.

Energy Performance Certificates will become clearer and contain improved information. The obligation to have an energy performance certificate is extended to buildings undergoing major renovation, buildings for which a rental contract is renewed and all public buildings.

All this will contribute towards phasing out fossil fuels in heating and cooling by 2040.