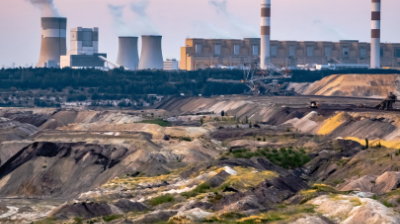 Doubling the current global current global rate of energy intensity improvement to 4% per year could reduce energy use by an amount equivalent to China’s current annual energy consumption, or 95 exajoules (EJ) per year, the International Energy Agency (IEA) said.

This would also reduce global CO2 emissions by an additional 5bn tonnes per year (tpy) by 2030. This is about a third of the total emissions reduction efforts needed this decade to move the world onto a pathway to net zero emissions by mid-century, as laid out in the IEA’s Net Zero Roadmap

The IEA Net Zero Emissions by 2050 Scenario (NZE) sees the average annual rate of global energy intensity improvement – a key measure of the economy’s energy efficiency – doubling from around 2% achieved between 2010-2020 to just over 4% from 2020-2030. Energy intensity is defined as energy use per unit of GDP.

With accelerated action, the global economy by 2030 could be around one third more energy efficient than in 2020.

IEA Executive Director Fatih Birol said: “Energy efficiency is a critical solution to so many of the world’s most urgent challenges – it can simultaneously make our energy supplies more affordable, more secure and more sustainable. But inexplicably, government and business leaders are failing to sufficiently act on this.”

Without early action on efficiency the energy transition to net zero emissions will be more expensive and much more difficult to achieve.

The IEA also said that improving efficiency efforts would cut global spending on energy. For example, households alone could save as much as $650bn per year on energy bills by the end of the decade, against current efficiency levels.

A 4% intensity figure could also reduce oil consumption by 30mn barrels per day (bpd) by 2020, triple Russia’s average production in 2021.

“A third of the reduction needed in CO2 emissions this decade, according to the IEA net-zero scenario, must come from improvements in energy efficiency. The good news is that the solutions are there to improve energy efficiency in all sectors. We don’t need to wait. We need action because the greenest energy is the energy we don’t use,” said Danfoss president and CEO Kim Fausing.

These figures were presented at the IEA’s 7th Annual Global Conference on Energy Efficiency on June 8, as the IEA looks for way to reduce energy use quickly, with the aim of easing cost pressures on consumers, cutting reliance on fuel imports and driving progress towards climate goals – while supporting job creation and economic growth.