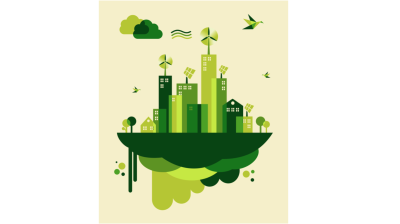 Most energy storage systems rely on lithium-ion batteries, but Energy Storage has developed a system that uses abundant mineral salts as the active agent
By bne IntelliNews June 8, 2021

Australian energy storage specialist Energy Storage Pty Ltd has unveiled its next-generation, low-cost, long-duration, energy storage unit that the company says offers the same sort of performance as hydro, but with the added advantage of being a fully mobile modular-based system.

Energy Storage CEO Steve White commented: “There are three fundamental issues holding back the fully distributed power gen network. First, having a net-zero emission battery/energy storage system that can be easily transported to remote locations where heavy industry and renewable energy firms are typically based; secondly, having an economic model – a low enough cost-entry point – that makes sense to businesses of any size; thirdly, and most importantly in our eyes, is not to be reliant on a rare earth mineral.”

Rare earth mineral reliance is an issue for the industry at the moment, as the lack of lithium for one will limit the amount of renewable energy that can be stored and gainfully used. Currently most of the storage systems of US and European utility companies make heavy use of lithium-ion based technologies. For example, in Germany, where 42% of the country’s energy is now from renewable sources, three facilities are now using recycled EV car batteries to provide their back-up storage options.

“Notwithstanding the energy and CO2 emissions involved in mining lithium, at a more basic level, there is not enough lithium currently to go around. Based on data from a leading mining publication, for any one of the major Western EV car manufacturers – Tesla, Mercedes, VW – to hit their own 2030 production numbers, they would each take out over 150% of current global lithium annual production. That is before we overlay demands on the rare earth mineral from other sectors,” White said.

More fundamentally, lithium-ion batteries were not conceived as a long-duration heavy industry solution. They were designed as short-term rechargeable batteries originally for portable electronic devices in the late 1980s and early 1990s based on the research of John Goodenough, M Stanley Whittingham, Rachid Yazami and Koichi Mizushima in the 1970s–1980s, White reports.

By contrast, Energy Storage’s next generation unit is based on salt – or more specifically, organic salts – an abundant earth mineral.

Developed by an industry-leading team out of Melbourne’s Deakin and Monash universities, their technology uses organic salts and ionic liquids as “Phase Change Materials” to stably capture and store thermal energy through a process known as “State of Matter change”. Stored energy can then be subsequently re-released as energy by reversing that process. Importantly, the non-corrosive nature of the ionic liquids means that standard casing materials can be used, thereby helping minimise production costs.

Energy Storage’s technology has likewise been designed so that it can capture the energy for storage from waste heat, renewable sources, or even the grid in low-peak periods, and then released as zero-emission electrical energy as and when required.

162 GW, or 62%, of new renewable capacity was cheaper than new fossil fuel-fired generation in 2020

Slovenia is the first country in the Central and Eastern Europe region and the second in the EU after Luxembourg to issue a sustainability bond.

Tirana is seeking to set up wind and solar generation to reduce reliance on hydropower.

Russia’s gas giant Gazprom has admitted to several large methane leaks this year, one of the most environmentally harmful gases, the company said over the weekend.

North Macedonia aims to increase its national renewables capacity to above 50% by 2024.