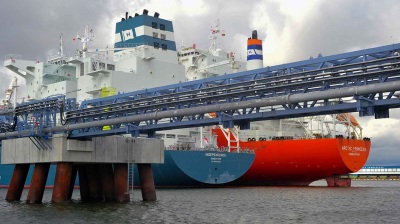 Europe’s efforts to fill its gas reserves ahead of the coming winter could come with a hefty price tag, as global LNG price have reached up to 10 times their normal levels as the continent scrambles for available cargoes.

The UK, which has little gas storage capacity, has bought its first cargo from Australia for the first time in six years as Europe’s importers scour the globe for available volumes and are willing to pay record-high prices.

Meanwhile, EU member states have filled their gas storage facilities to close to 75% capacity, equivalent to 75bn cubic metres. This is just 5% short of the EU’s policy of having its storage sites 80% full by November 1 as part of Brussels’ led efforts to create a united front to combat cuts in Russian gas imports.

All this means prices have doubled even from June’s highs and are over 10 times normal levels.

Gazprom meanwhile said that prices could spike a further 60% from current levels in the coming winter, imposing more pain on European consumers. It said they could exceed $4,000 per 1,000 cubic metres this winter. This means that any gas that does come from Russia to Europe could be even more expensive than LNG.

Russian gas supply remains significantly constrained, having slumped to an all-time monthly low of 3.6 bcm in July, down 23% from the previous low registered in June.

The result is that European buyers are paying through the nose for LNG on global spot markets and must compete with Asian buyers. Closer LNG exporters in the US and Africa are already operating at full capacity, making global targets tight and driving up prices for spot LNG cargoes to crazy prices.

Prices are no longer “normal,” and European buyers must still compete with Asia to secure cargoes.

All this means that pursuing a green transition or a green post-COVID economic recovery is now falling down the energy agenda, as governments buy gas at whatever price to meet demand in the coming months.

The is all bad news for the EU’s Green Deal, and more gas consumption in the power generation, especially with some coal now being burned in Germany, means that the continent’s emissions could rise.

This spells danger for Brussels' efforts to cut emissions by 55% by 2030, and could make meeting 2050 net-zero targets more difficult if and when the current gas crisis passes.

Germany is also considering postponing the closure of its remaining three nuclear reactors as the energy crisis digs in.

Among the options available for sourcing LNG are Asia and Qatar, but both come at a cost and high risk.

European countries are now scrambling for new supply. Germany has signed a memorandum of understanding (MoU) with importers Uniper, RWE, EnBW and VNG to ensure that the country’s two new FSRUs at Brunsbuettel and Wilhelmshaven are fully supplied from their expected operational start this winter until March 2024, Reuters reported.

The two FSRUs will allow Germany to receive 12.5 bcm of LNG per year, equivalent to about 13% of the country's gas consumption in 2021, according to Enerdata.

Part of an LNG cargo from Australia’s North West Shelf project was transhipped in Malaysia before travelling to the UK, Bloomberg reported.

Mathew Ang, an analyst at Kpler, told Bloomberg that the Attalos LNG tanker received the partial LNG cargo from the Patris tanker in Malaysia in July. Before that, the Patris had loaded at Australia’s North West Shelf, where BP has capacity. The rest of the cargo went on to South Korea.

The vessel will arrive at the Isle of Grain terminal in the UK on August 22, according to ship-tracking data.

Alongside Australia, Qatar is another major source of LNG that Europe could turn to in its effort to replace Russian gas.

Russia sold 150 bcm to the EU in the form of pipeline gas and LNG in 2021, current projections see this figure falling to around 80 bcm in 2022, with the 35 bcm sold to other European countries also likely to decline sharply, said  James Henderson of the Oxford Institute for Energy Studies (OIES).

However, Qatar’s gas sector is already operating close to capacity, Capital Economics said in a note.

While the North Field expansion that comes online from 2025 will boost the country’s LNG capacity by over 60%, this wouldn’t be a panacea for Europe’s gas shortages, as Europe needs gas in the short term and there is no new infrastructure to boost output coming online before 2025.

The North Field will raise Qatar’s total production capacity from 77mn tonnes per year (tpy) to 126mn tpy (a 64% increase) once all stages are completed in 2027, Capital Economics said.

What’s more, new facilities currently under construction will raise global LNG supply by 25% in the next five years, with the North Field contributing a third of this alone.

However, Capital Economics warned that this is still not enough to compensate for Russian gas, and it would mean that all of Qatar’s new capacity would go to Europe, even though gas-hungry Asia is also intending to buy Qatar’s new exports. Up to 90% of Qatar’s future capacity is already booked up through long-term contracts which forbid any resale of gas.

In 2021, Russia’s total gas exports (both pipelined and LNG) reached 135.5mn tpy – 12.8mn tpy of LNG and 122.7mn tpy of pipelined gas. The first phase of the North Field facility will produce 33.0mn tonnes of LNG each year and the second phase will add a further 16.0mn tpy to capacity.

The North Field could easily offset the loss of Russian LNG to Europe, but it would only cover just over a third of total Russian gas exports – and this rests on the assumption that all LNG from the North Field is sent to Europe.

Lastly, the countries most exposed to Russia’s gas – Hungary, Czechia and Slovakia, have no direct access to LNG terminals and would rely on importers such as Germany buying on the spot market.

There is gas to keep Europe’s lights on, but it is not easy to find, not yet readily available and carries a large price tag.

bneGREEN: Fit for 55 – not fit for purpose
1 day ago
bneGREEN: Slovenia’s Sigma Energy deploys device to convert sea waves into electricity
13 days ago
bneGreen: Southeast Europe’s first eco-mosque opens in Croatia
20 days ago
bneGREEN: Europe pays what it takes to bring in LNG but still cannot get enough
22 days ago
bneGREEN: Baltic states – except Russia – agree to aim for seven-fold increase in offshore wind
1 month ago