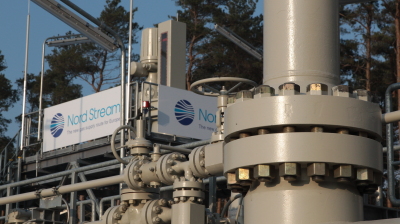 Nord Stream 2
By By Richard Lockhart in Edinburgh October 18, 2021

While the current gas crisis in the EU is seeing record-high wholesale gas prices, hurting consumers and causing the latest round of a supply disputes with Russia, the race to net zero by 2050 could have deeper long-term consequences for EU gas demand.

The EU’s Green Deal policy has developed a wide range of policies and targets to reach net zero, and gas demand is likely to plummet as Europe accepts renewable technology.

One key issue for fossil fuel exporters into the EU is that greater energy independence is a key pillar of the Green Deal, meaning far lower fossil fuel imports.

Meanwhile, the current volatile gas market is partly the result of Europe’s preference for spot contracts on the wholesale market, rather than long-term contracts with the likes of Russia.

Demand in Europe has surged after the coronavirus (COVID-19) pandemic, aided by cold temperatures, rising power demand and growing appetite for LNG in Asia. Supply has proved unable to keep pace.

Wholesale prices rose from €19 per MWh at the beginning of April €35 per MWh by the end of June. But August and September saw the average spot wholesale price soar to new record levels of €70-80 per MWh.

The crisis highlights Europe’s gas demand in the longer term, just as the EU has launched its Green Deal and there is consensus over reaching net zero by 2050.

As such, around 300-320 bcm of annual gas demand is set to disappear in Europe as the EU pursues alternative fuels.

The existing gas grid will also have to be retrofitted to cope with alternatives such as biomethane, hydrogen and CCUS, and be able contribute to a more hybrid system combining electrification and storage, ENTSOG, the trade body representing national TSOs, said.

However, as key issue in both Russia and the EU’s thinking will be how much of the smaller demand will be baseload, meaning that it needs to be from a reliable and long-term source of demand.

The EU’s Green Deal still calls for a certain amount of gas-fired generation and gas demand from industries such as chemicals, often abated by technology such as carbon capture, storage and utilisation (CCUS). Hydrogen production will also continue to use gas, also propping up future gas demand.

The UK, Norway and the Netherlands are all set to see a decline in output, especially as reaching Net Zero is based on no new fossil fuel exploration, as called for by the International Energy Agency (IEA). This is not so easy to follow, with, for example, the UK approving the Cambo field west of Shetland for exploration.

The other major source is Russia. Baseload demand is key for the Kremlin. Russian President Vladimir Putin told Russia’s Energy Week on October 13 that if Europe wants more gas it has to sign new long-term supply contracts with Gazprom. “We have to know how much gas our customers want,” Putin said.

This comes as Russian exports to Europe have never been higher. In September Gazprom guided for 183 bcm of exports this year, but analysts say these will reach 190 bcm for this year and could easily be higher. The previous record exports of gas to Europe amounted 200.7 bcm in 2018.

Putin also made the point that opening Nord Stream 2 would be a solution to Europe’s current energy crisis.

“The Nord Stream 1 and Nord Stream 2 pipelines are set to ensure the sustainability of gas supplies to Europe and reduce GHG emissions,” Putin said.

Baseload demand will still exist by 2050, but it will be far smaller than today if the EU manages to meet the targets set out in its Green Deal. Russia may still well be asking the same question in 30 years' time.

Commission says there is a role for natural gas and nuclear as a means to facilitate the transition towards a predominantly renewable-based future.