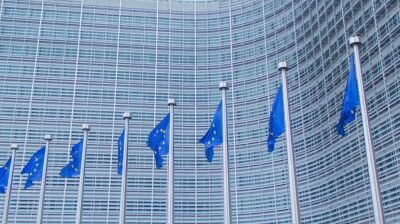 The European Parliament has approved temporary emergency regulations to accelerate the deployment of renewable energy across the EU as part of plans to end Europe’s dependence on Russian fossil fuels, as well as moving forward to support Europe’s wider Green Deal.

However, the new rules will still allow up to €10bn of gas investment over the next two years in order to meet the continent’s immediate gas needs, thereby watering down Brussels’ commitment to its Green Deal goals and slowing down the energy transition.

Parliament on November 10 approved amendments to the REPowerEU package of proposals to speed investment in green energy and remove regulatory blockages that slow down development of solar, wind and other green energy projects. Other projects include boosting energy efficiency and savings in buildings, as well as decarbonising industries faster, developing more energy storage and expanding the use of hydrogen

The legislative reforms put into law the EU’s Versailles Declaration of 10-11 March 2022, which after Russia’s invasion of Ukraine in February 24 created the REPowerEU plan to phase out dependency on Russian fossil fuel imports.

However, the new rules created one exemption for natural gas projects, especially the €10bn of investment in LNG that the EU said in May would be needed to re-orientate the continent’s gas infrastructure away from Russian piped gas and towards LNG imported across the Mediterranean Sea and Atlantic Ocean.

The amendments exempt LNG projects from the “do no significant harm” principle, which the EU applies to post-COVID recovery projects to promote sustainability.

The exemption relates to reforms and investments that are due to be in operation by December 31, 2024 in order to safeguard the EU’ immediate gas security concerns.

What this means is that EU green investment could still be used to support gas projects that Brussels thinks are needed to meet the continent’s short-term energy needs.

Allowing such gas investment in countries’ recovery and resilience plans will pave an investment path that will prolong the EU’s dependence on imported fossil gas and cause further lock-in into high-emission and high-cost fossil fuel sources, environmental NGO CEE Bankwatch Network said.

“Some Member States are trying to solve the energy crisis with business-as-usual solutions – although it’s proven that they don’t work – instead of using public funds to speed up energy transition. Without the necessary safeguards in place REPowerEU national plans will exacerbate reliance on imported fossil fuels and deepen the existing energy crisis,” said Gligor Radečić, gas campaigner at CEE Bankwatch Network.

REPowerEU was announced in March, with a headline target of increasing the 2030 EU renewable energy target from 40% to 45%.

This target forms a central part of the EU’s Fit for 55 strategy, a package of climate legislation tabled in July which calls for the union to reduce its emissions by 55% by 2030.

Fit for 55 is part of the EU’s Green Deal programme, which includes reducing energy demand and investing in more green infrastructure across the continent.

Meanwhile, in May the Commission set 2027 as its target date for ending Russian energy imports, warning it would require €300bn of fresh investment and that new short-term spending on fossil fuel infrastructure would be needed.

The EU aims to reduce Russian gas usage by two thirds by the end of 2022, before pursuing a more gradual reduction down to zero imports by 2027. This will allow the build-up of more renewable capacity.