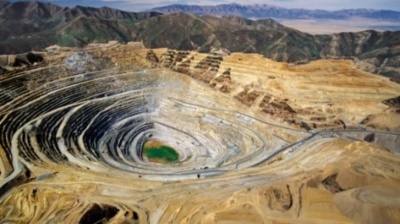 For a world increasingly focused on global warming, the Russian mining and metals sector wouldn’t ordinarily be the first place to look for good news – it is corporate, it is mining and it is Russia. For that reason, a report released in mid-October by the Climate Governance Initiative (CGI) – Russia provided an upside bonus when it concluded that not only are Russian mining and metals companies taking global warming and their carbon footprints seriously, they are actually doing something about it.

Titled ‘Climate Agenda of Russian Metals and Mining Companies: Management System, Strategy and Risks’, the report was based on a survey undertaken by Deloitte CIS, with data extracted from public reports and analysed by Exerica – the AI backed financial and ESG data provider. Amongst the key findings were that a significant number of Russian mining and metals companies are well on the road to minimising their carbon footprints, with 50% having publicly announced climate strategies and 70% taking steps to identify climate risks. Even more surprisingly, the report noted that a third of Russian miners are using renewables to source more than 80% of their electricity needs.

CGI Russia chair Olga Pascault said everyone involved in the analysis was pleasantly surprised. ‘Boards of directors and senior management are really leading the discussion and implementation of the climate agenda, and Russian companies have made very good progress, developing climate-related strategies and implementing decarbonisation initiatives.’ She added that although ‘there were questions to ask’ about some of the data, the report had established that in some respects – notably the 50% of Russian mining and metals companies surveyed having or developing having public climate strategies – the Russian sector was on a par with global counterparts.

More importantly, she pointed to where Russia had come from to highlight how critical the issue had become. ‘Just a few years ago it was a different environment for this type of analysis. But recently there has been a vast change in how the issue is seen in Russia, and Russian mining and metals companies are part of this. There are still discrepancies between various data sources, but there is a lot more data, and more companies are compiling data about what they are doing, and there will be much more in future.’

Companies in the sector are very alert to proposals for carbon adjustment mechanisms in key markets, and that is driving a big jump in demand for renewable energy. Although solar and wind aren’t used as much in Russia as in some other developed economies, Russia has a very strong hydroelectric generation sector. Svetlana Vozykova of Deloitte CIS says a lot of that data had a clear economic imperative, with looming reporting requirements on climate related activities likely to hit the bottom line for companies not on the front foot.

‘London listed companies need to report on climate metrics from 2022, and other major markets – North America, the Eurozone and Asia – have similar requirements too. The Russian regulatory environment is less well developed for [greenhouse gas] GHG or carbon reduction, so it is these global measures which are pushing change in Russia. Investors’ concerns, business partner pressure, and the expectation of a positive economic effect – stronger market positions, increasing market capitalisation and less exposure to potential carbon taxes.’

That rising tide of data being reported can make for a considerable data extraction and analysis challenge. But for Exerica CEO Maxim Miller the need to bring more and better data to the analytical table makes a cause the company is committed to for a fintech which has pioneered using algorithms to parse corporate and economic reports. He also thinks it is the way of the future. Miller sees the rise of data relating to climate as broadly similar to the never ending search for yield and profits in the investment banking sector. As the volume of data becomes standardised and scalable a more ‘macro’ as well as nuanced approach to exploring the data will shape perceptions.

‘The same way that projects and companies or economies have periods where they need investment and generate profits and then mature to maximising yields, the approach to global warming will become both part of that, but also a strategic field to be observed across sectors and companies and economies, as well as through time. And this is where we will know we are making progress.’

The future of the planet needs not just actions and words, but the data to back them, and the certainty that creates. No doubt there will be plenty of data arising that will underline just how serious the damage to the planet caused by the human race has become, and just how marked the need for serious action is. But for the Russian mining and metals sector, as well as the climate, this sort of discovery is worth a moment’s optimism.