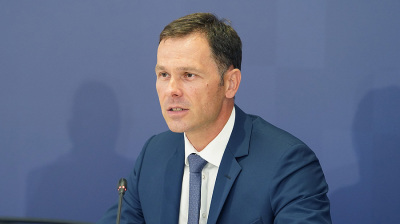 Serbia issued its first green Eurobond on September 16. The €1bn Eurobond has a maturity of seven years and a coupon rate of 1.00%, the lowest the country has ever achieved on the international market.

At the same time as the issue of the green Eurobond, a fifteen-year €750mn Eurobond was issued, with an annual coupon rate of 2.05%, Serbian Finance Minister Sinisa Mali said. This set another precedent as the 15-year bond secured Serbia financing on the international financial market for the longest period so far.

The green bond was issued in accordance with the government's strategic plan to invest additional funds to finance projects in environmental protection and climate change mitigation. It will help to improve energy efficiency, waste management system and to ensure the most rational use of renewable energy sources.

Europe is already the world leader in leader in issuance of green and sustainable bonds, and a growing number are now being issued by sovereigns and companies in Central and Eastern Europe (CEE).

“[T]he Republic of Serbia is one of the few European countries that have issued green Eurobonds on the international financial market, and which are intended exclusively for financing environmentally friendly projects,” Mali added.

The high level of demand enabled Serbia to provide favourable interest rates for both Eurobonds. The total demand amounted to over €6bn from more than 200 investors, which during the auction enabled the reduction of the interest rate by 0.35 percentage points (pp) on the green seven-year bonds and 0.30 pp on the 15-year bond.

The issues were preceded by several days of talks between Serbian delegation and a large number of investors from all over the world.

Mali pointed out that the state is committed to increasing investments in ecology and environmental protection, as well as providing the most favourable funds for green projects from new sources of financing, such as the green bond market.

“The Republic of Serbia bravely entered the international capital market and offered its green bond, worth one billion euros, although the demand was much higher. Thanks to the great interest, the interest rate on the green bond has been reduced by as much as 20% compared to the initial one, which proves the justification of the decision to issue this type of bond. green agenda and this is another indicator of Serbia's commitment and commitment to green projects and increasing investment in ecology. It is also an important signal for investors to strive to strengthen their capacities and invest in environmental protection,” said Mali, according to a finance ministry statement.

He added that the green bond market has been developing rapidly in recent years with the aim of securing funding for projects that contribute to environmental sustainability in the broadest sense. “Every year, the whole world — and Serbia is no exception — invests more and more in ecology and environmental protection, and investors have recognised that,” the minister explained.

“Funds from issued green bonds will also be used to finance and refinance costs related to the construction of drinking water treatment plants and wastewater treatment plants, for the construction of subways and modern railways, flood protection, biodiversity conservation, pollution control and prevention, collection , waste processing and recycling, energy efficiency and renewable energy sources. These funds will be strictly controlled and cannot be used for other purposes, which clearly speaks of our commitment to ecology,” said Mali.

Serbia to crack down on environmental crime
22 hours ago
Shipping and agriculture suffer as drought causes dramatic fall in Danube
2 days ago
bneGREEN: Zero-carbon housing a key battleground for climate change
8 days ago
bneGREEN: Europe must double wind and solar deployment
12 days ago
bneGREEN: Green output rises faster than power demand in 2022
19 days ago