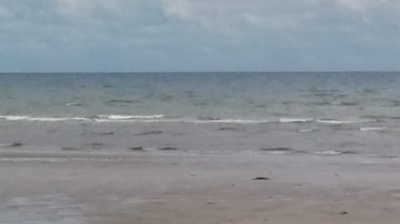 Slovenia-based company Sigma Energy, which has developed a device able to convert the energy produced by sea waves into electricity, announced that it deployed the full-scale Sigma WEC prototype device offshore Bar in the Adriatic Sea in Montenegro.

The deployment happened after two and half years of intensive development of the device, which was created to produce clean energy.

“The 30-kW device was deployed in mid-July and shows extremely promising results,” the company said on its website.

The main purpose and objective of the Sigma WEC project is the development, deployment and testing of a full-scale Sigma WEC.

The investment is co-financed by the Slovenian state and the EU’s European Regional Development Fund.

Sigma Energy's main partners are from Slovenia and Serbia.

Along with Slovenia, several other countries are also developing wave energy, among them Australia, China, Denmark, Italy, Korea, Portugal, Spain, the UK and the US.

Wave energy is estimated to have the potential to meet the world’s energy needs and is more reliable than other forms of renewables such as wind and solar power. However, it is relatively underdeveloped compared to other forms of alternative energy.

AmonRa wants to raise funds to finance its expansion in Romania and in other Southeast European countries.

COP finished two days late on November 20 without any new agreements on climate change targets or emissions reductions, although a deal was hammered out to set up an as yet uncosted loss and damage fund.

African nations are lobbying to be allowed to use their natural gas reserves to lift up to 600mn people out of energy poverty and to connect them to modern electricity supplies.