Bosnia's presidency pledges no more wars at meeting with US envoy 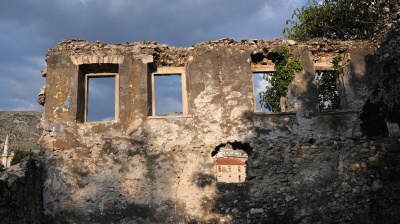 By Eldar Dizdarevic in Sarajevo November 9, 2021

Bosnia & Herzegovina remains an independent, sovereign and territoriality whole state and there will be no repeat of ethnic clashes in the war-scarred nation, said US Deputy Assistant Secretary of State Gabriel Escobar after his meetings with the members of Bosnia’s presidency.

Dodik has recently stepped up his separatist rhetoric, threatening to withdraw Bosnia’s Serb entity, Republika Srpska, from the Bosnian army and other state institutions.

“The most important thing that we agreed with all of the interlocutors that we met with today is that we all agree that there will be no war and that’s the most important message,” said Escobar adding that “that’s not just the message that you are going to hear from all of the leaders that I meet with today, but you are going to hear this from regional leaders as well”.

“I was glad that I had a productive meeting with Mr. Dodik where he was open to discussing withdrawing all of the legislation that would weaken the central institutions [of the state] so that we could continue working on the questions of economic integration,” Escobar said at a press conference.

“Both he and I believe that the topic of war has no real basis. Only those who wanted to deepen the additional atmosphere of mistrust talked of war. Neither I nor anyone from the Republika Srpska entity called for war as an option at any point. In this regard, we agree that peace should be preserved. I offered him one thing, that all those rattling their weapons should be the subject of rapid interventions that would lead to the intervention of international forces against them and that no one should use them against others. All processes should be political, and no one should take war as an option for resolving these issues,” said Dodik.

“We [Republika Srpska] also said that we were preparing documents on some things. They’ve already been conceived. We said that we would go to the RS National Assembly and withdraw certain consents from the field of the army, indirect taxes, the state judiciary and that we would draft new legislation in the next six months,” Dodik added.

Belarusian PM confirms that Belarus supplies weapons to Russia. Roman Golovchenko said that Belarusian weapons were in demand not only domestically but also in Russia and the two countries have set up join R&D-projects to navigate Western sanctions.