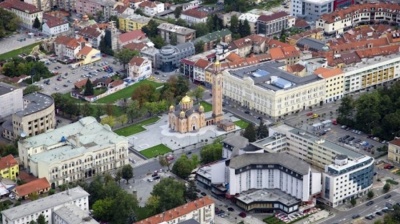 Republika Srpska, one of the two Bosnian entities, is preparing to borrow €350mn via the London Stock Exchange to cover its budget deficit.

The issue will allow Republika Srpska to finance its spending needs after Bosnia & Herzegovina failed to agree a new arrangement with the International Monetary Fund (IMF).

Concerns have been raised about the increase in the entity’s indebtedness, though Republika Srpska Prime Minister Radovan Viskovic said on April 18 that the issuance of the securities does not represent any additional debt but is planned by the budget.

“It is a regular indebtedness that is foreseen in the budget. And no new indebtedness. Serbia and Montenegro is doing the same. And the whole normal world. Everything is public, everything is transparent,” Viskovic said, as quoted by the Bosnian media.

Viskovic commented on the issue after widespread speculation in Republika Srpska that a major new international fundraising was forthcoming.

Further details emerged on April 20 when Societe Generale announced on the London Stock Exchange that between April 20 and April 30, there will be a period of stabilisation of bond prices that Republika Srpska intends to sell in the amount of €350mn.

Analysts have questioned the size of the borrowing. “Late last year, we published a couple of reports that predicted this behaviour of the entities — in the context of borrowing. This is a result of the fact that negotiations with the IMF failed in December. However, this move, the amount, understanding the total debt of the Republika Srpska entity, is absolutely unexpected,” said macroeconomic analyst Dr Admir Cavalic to bne IntelliNews.

“This is the eighth round of borrowing since the beginning of this year, which shows that there are serious problems with budget stability in Republika Srpska. That is why I am partly skeptical about the success of the issue — these are entity, not government bonds, with certain risks, which will certainly determine the price / success of borrowing. The state does not stand behind this borrowing in terms of guarantees. It is likely that there is some support from neighbouring Serbia … I note that the current indebtedness of Republika Srpska is already above 50% of GDP, which may not be much for developed economies and sovereign states, but it is for an entity that does not have a clear strategy for future development,” Cavalic added.

The budget of Republika Srpska is planned at BAM3.8mn (€1.9bn). It has only close to BAM1bn in its own revenues, which also includes money from social and pension funds.

Earlier in 2021, it was reported that Republika Srpska plans to borrow BAM187mn by issuing bonds and treasury bills this year, and was expected to borrow mainly on the domestic market.

Bosnian politicians have repeatedly failed to make the political compromises needed to secure a new agreement with the IMF, although the fund is understood to be prepared to sign a new agreement worth €750mn to help Bosnia weather the coronacrisis.

Previously Republika Srpska placed its first Eurobond on the Vienna Stock Exchange in June 2018, following of a series of  “exotic” bond issues from the CEE/CIS region. However, it did not succeed in selling the whole €200mn issue.