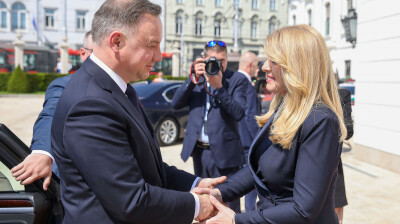 The European Commission officially approved Poland’s plans to use the bloc’s recovery fund on June 1, and will release a total of €36bn to help the economy rebuild after the pandemic once Poland fulfils certain milestones the EU executive has set out.

The decision, which had taken more than a year, could end a political row over the rule of law in Poland, which Brussels said had been endangered by the government’s reforms of the judiciary. The European Commission President Ursula von der Leyen will formally announce the decision during her visit to Warsaw on June 2. Member states still have to vote on the decision.

Poland recently passed changes to address Brussels’ grievances, which centred on the disciplinary regime for judges. According to the Commission, new rules for disciplining judges violated the basic principles of the rule of law.

Armed with rulings of the Court of Justice of the European Union (CJEU), which said that the disciplinary regime compromised judges’ independence and impartiality, the Commission tied payouts from the recovery fund to Poland fixing the flaws. Poland was also fined a hefty €1mn a day for failing to end or overhaul the disciplinary regime.

As inflation hit the Polish economy, followed by the fallout of the war in Ukraine, Warsaw became more willing to compromise, as billions from the recovery fund offered a way of easing the expected economic slowdown in 2023, the election year.

After weeks of political haggling inside Poland’s ruling coalition of the Law and Justice (PiS) party and United Poland, the parliament passed tweaks to the disciplinary regime, as proposed by President Andrzej Duda.

By voting through the proposal by Duda, the Polish parliament dismantled the Disciplinary Chamber of the Supreme Court, one of the milestones that Brussels demanded Poland met to unlock the funds.

The Commission argued that judicial appointments to the controversial body did not meet the criteria of impartiality and independence from the government. The chamber could in effect target judges critical of the authorities and some judges were in fact suspended. Reinstating them is another of the milestones set by the Commission. Duda’s proposal establishes a new body, the Chamber of Professional Accountability.

However, critics have argued that the changes were only a smokescreen designed to dupe the Commission. Critics say that the new chamber is just a superficial reform, as the risk remains that appointments to it will come from the National Council of the Judiciary (KRS), another compromised body in the Polish judiciary.

Von der Leyen is already facing questions on the deal with Poland. The Commission was not unanimous in approval of the release of the funds, with Vice Presidents Margrethe Vestager and Frans Timmermans reportedly voting against.

"Our group urgently demands a detailed explanation from European Commission President Ursula Von der Leyen," Renew Europe, a centrist group in the European Parliament, said in a statement on June 1.

"We should not accept merely small, inadequate cosmetic changes to Poland’s seriously politicised legal system in exchange for the EU funds. We won’t be able to stand up to autocrats abroad by placating those who unravel democracy at home," Renew Europe said.

The Commission insists that Poland would not receive any money without meeting the required milestones.

Poland had leveraged its veto power to soften the Commission’s stance, as it kept blocking a political agreement over global corporate tax reform. Poland was also able to use the good reputation it has won in harbouring Ukrainian refugees and acting as a supply base for Western aid to Ukraine.

Poland would apply for the first payout from the recovery fund as soon as July, the government pledged.

Poland is looking to receive €2.8bn in grants and €1.3bn in loans this year. The funds would help finance the development of renewable energy sources, build more kindergartens, improve internet access, and upgrade railway infrastructure.

Government claims three quarters of foreign companies in Russia are still working
11 hours ago
Moldova says it won't be able to make next payment to Gazprom
11 hours ago
Russia resumes oil supplies to Slovakia and Hungary but imports to Czechia remain halted
11 hours ago
US charges Iran operative with plotting to kill former Trump hawk John Bolton
20 hours ago
Ukraine will receive $5.5bn in support from the US later this month
1 day ago