BUCHAREST BLOG: What the Andrew Tate case says about corruption in Romania 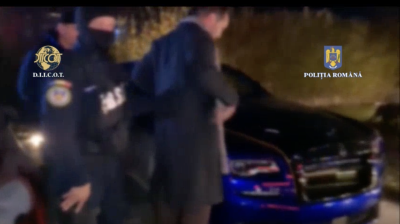 When he moved to Romania in 2017, the disgraced influencer Andrew Tate notoriously commented that he chose to relocate from the UK because he liked living in countries “where corruption is accessible”.

That blasé statement has come back to bite him; Tate and his brother Tristan are now in custody while a criminal investigation into suspected human trafficking, rape and forming an organised crime group is carried out.

The Tate brothers were detained in Romania on December 29. They are suspected of using local women to produce lucrative pornographic content for social media sites, allegedly luring them in initially by pretending to want a romantic relationship, then using force or coercion to get them to perform on camera.

"Victims were recruited by British citizens by misrepresenting their intention to enter into a marriage/cohabitation relationship and the existence of genuine feelings of love (the loverboy method). They were later transported and housed in buildings in Ilfov county where, by acts of physical violence and mental coercion ... they were sexually exploited by group members by forcing them to perform pornographic demonstrations for the purpose of producing and disseminating material of such a nature through social media platforms," said a statement from Romania’s Directorate for Investigating Organised Crime and Terrorism (DIICOT) on December 29.

A video released by DIICOT shows guns, knives and money at the location where the Tates were arrested. 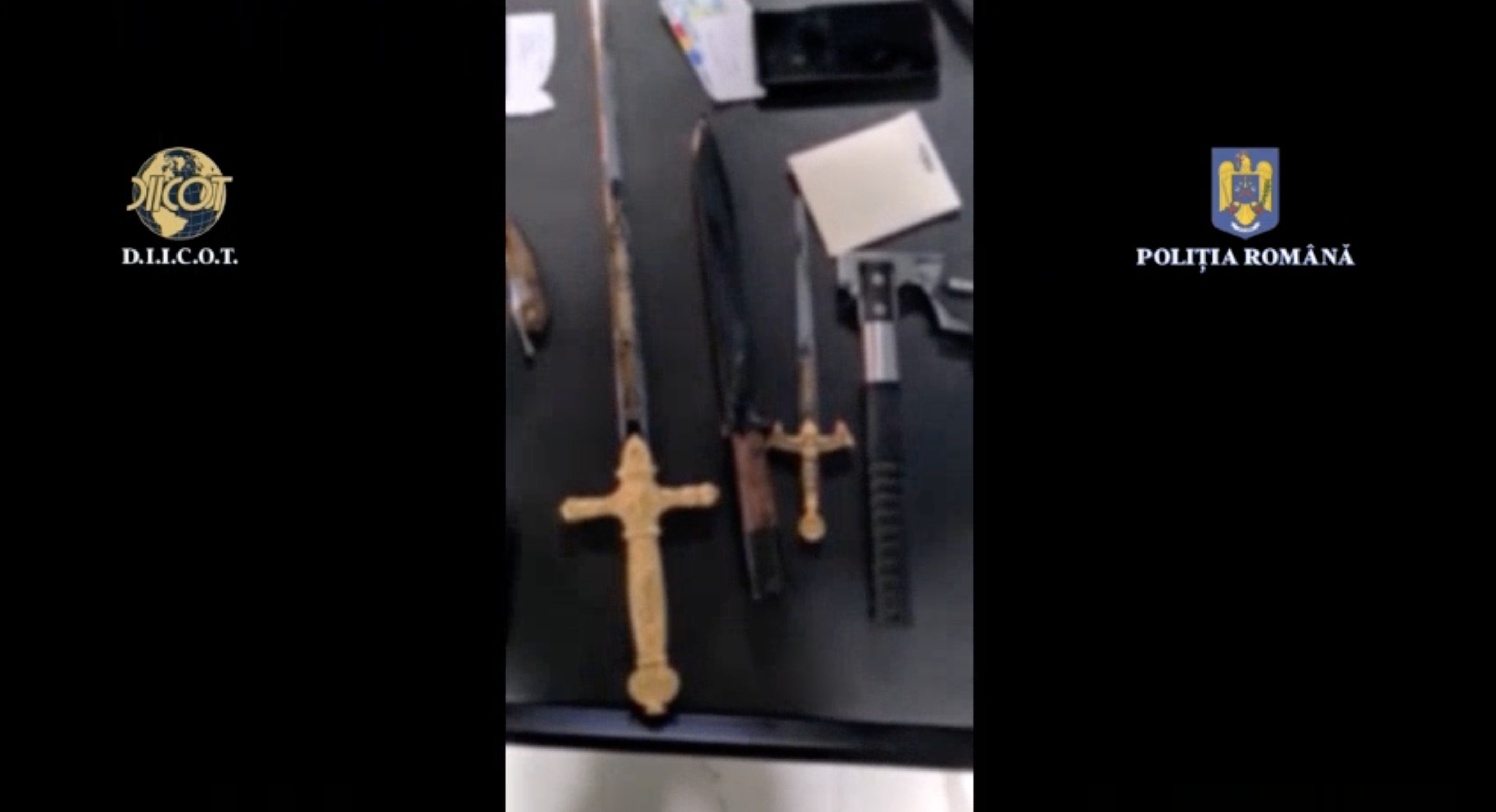 Some of the items found at the location where the Tate brothers were detained. Source: DIICOT/Romanian Police.

A former kickboxer, Andrew Tate has become a social media sensation in the last few years. He is now banned on most mainstream channels for infringements such as breaching hate speech rules, but an August 2022 profile by The Guardian says videos of Tate had been watched 11.6bn times on TikTok.

Styling himself as a self-help guru, he peddles outdated notions such as that women belong in the home, are a man’s property and are partially responsible for getting raped, finding a receptive, mainly male, audience online.

He presents an aspirational lifestyle to his millions of followers, showing himself smoking cigars and with fast cars – his fleet of vehicles was confiscated by Romanian prosecutors after his arrest – as he gives out tips on seduction and getting rich. As reported by The Guardian, he revealed in one podcast that he makes money by persuading girlfriends to video chat, then sharing their profits.

Some of his comments are so extreme they raised concerns among NGOs of young men being radicalised or encouraged to commit violence against women. His misogynist comments eventually got him banned by major platforms for hate speech, but he was allowed to return to Twitter after it was taken over by Elon Musk last year.

While there is now extensive coverage of the arrests and investigation on Romanian TV and in the print and online media, he was relatively little known inside the country until the end of 2022, when he became embroiled in an online spat with climate activist Greta Thunberg.

Tate made an ill-advised boast to Thunberg on Twitter about his collection of 33 cars. He ended the post “Please provide your email address so I can send a complete list of my car collection and their respective enormous emissions.”

In a response that went viral and racked up almost 4mn likes and 300mn views, Thunberg wrote back: “yes, please do enlighten me. email me at smalldickenergy@getalife.com.”

What brought the influencer to the attention of Romanians was the pizza box from Romanian chain Jerry’s Pizza in the foreground of a video Tate posted to Thunberg. When he was arrested shortly afterwards, this sparked a frenzy of online speculation that the pizza box had given away his location, though prosecutors later refuted this, saying the arrest followed a months-long investigation.

Fifteen of Tate’s luxury cars as well as over 10 properties and land plots have now been seized by prosecutors. A spokesperson for DIICOT confirmed to local media that the cars, including a Rolls-Royce and a Bugatti, had been seized to cover the costs of the investigation. They may also be used to compensate the alleged victims in the case if a conviction is made.

On January 11, a Romanian judge extended the Tate brothers’ detention for 30 days, pointing out that due to their “financial capacity” they might flee the country for a destination that does not allow extradition.

The investigation continues. On January 12, DIICOT carried out additional house searches in the Bucharest, Ilfov and Prahova regions as part of its investigation, a spokesperson for the agency said.

Tate’s defence lawyer says there is no substance to the allegations. Lawyer Eugen Vidineac told Romanian news site Gandul that the criminal investigation file had not been made available to the defence team. He claimed there is “not a single piece of evidence, apart from the victim’s statement, leading to the idea that a crime of rape was committed”, or evidence of human trafficking or organised crime.

As pointed out by Tate, corruption is an issue in Romania. It remains one of the more corrupt countries in the European Union – of the 27 members only Bulgaria and Hungary were more corrupt, according to Transparency International’s 2022 Corruption Perceptions Index (CPI).

However, the country has made great strides in the fight against corruption in recent years, notably under the former head of the National Anticorruption Directorate (DNA), Laura Codruta Kovesi. Despite some controversies over the methods used by the DNA, the agency’s success in prosecuting high level current and former officials has inspired efforts to replicate it in other Emerging European countries. Government officials eventually succeeded in removing Kovesi from the helm of the DNA, but she was then picked as the first head of the European Public Prosecutor’s Office with a pan-EU mandate.

Nor is corruption tolerated by the Romanian population. The year Tate moved to Romania, 2017, was also the year that hundreds of thousands of Romanians took to the streets to demonstrate against official corruption in the largest protests the country has seen since the fall of communism.

The trigger for the protests – covered extensively by bne IntelliNews’ correspondents in Bucharest – was government efforts to change the law by emergency decree to pardon certain sentences and decriminalise abuse of office. These were widely believed to have been tailored to help corrupt politicians. At the peak of the protests, more than half a million Romanians were out on the streets.

Romania made a breakthrough in November 2022 when the European Commission recommended terminating the Cooperation and Verification Mechanism (CVM) aimed at monitoring Romania’s progress in the area of justice. The CVM was introduced after Romania and Bulgaria joined the EU in 2007 to monitor their progress on the rule of law, fighting corruption and – for Bulgaria – organised crime. Its lifting thus confirms how far Romania has come.

Progress on fighting corruption happens in fits and starts, with advances and setbacks, in Romania. But, as Tate has now found, it is far from being a haven for corrupt or criminal acts to be committed without consequences.