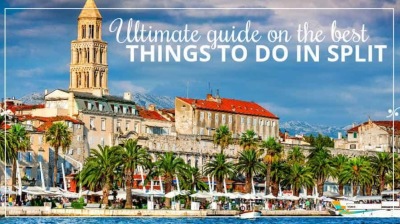 The UK government has chartered 45 planes to bring British thousands of tourists home after Thomas Cook collapsed
By By Clare Nuttall in Glasgow September 24, 2019

Government officials in Bulgaria and Croatia scrambled this week to alleviate the negative effects on their tourism business following the collapse of British holiday firm Thomas Cook.

The two governments have sought to allay the fears of mainly British tourists stranded abroad after the sudden collapse of the 200 year old tour operator.

Tourism plays an important role in the economies of both countries, especially Croatia, and both officials and industry figures are also looking ahead to what Thomas Cook’s bankruptcy will mean for their tourist industries in future years.

The UK’s Civil Aviation Authority (CAA) announced earlier on September 23 that the tour operator had "ceased trading with immediate effect”. “All #ThomasCook bookings, including flights and holidays, have now been cancelled,” the CAA said in a statement.

Thomas Cook has been in operation for 178 years, and at the time of its collapse was serving around 19mn customers a year, in destinations across Europe, North Africa and the Americas.

However, the company was struggling to pay its debts, and collapsed after failing to raise an additional £200mn (€225mn) to meet its obligations. This has put 22,000 jobs at risk in its worldwide operations. The collapse was attributed to a variety of factors from the move towards holidaymakers booking their own travel and hotels online, to political unrest in holiday destinations, and Brits putting their holiday plans on hold due to the uncertainty over Brexit.

With over 150,000 Thomas Cook customers abroad on holiday, the collapse had led to what the UK Foreign Office described as the largest-ever peacetime repatriation of British holidaymakers.

The British government has charted 45 jets to bring customers back, which are flying 64 routes on September 23 and more in the coming days. Among the repatriation flights from European destinations, aeroplanes are leaving from Bulgaria’s Black Sea cities of Bourgas and Varna, Dubrovnik and Split on Croatia’s Adriatic coast and the historic Polish city of Krakow.

These are on the list among dozens of flights from west European destinations in countries including Greece, Italy, Portugal and Spain. There are also flights from the Turkish resorts of Antalya, Bodrum, Dalaman and Izmir, and destinations in North Africa and the Caribbean.

This followed alarming reports of Thomas Cook customers being temporarily taken hostage in a Tunisian hotel, which had not received payment from the tour operator.

Meanwhile, in Bulgaria, Tourism Minister Nikolina Angelkova told a press conference she had called an emergency meeting with affected hoteliers and tour operators, the British embassy and other interested parties, according to a statement from the tourism ministry.

Bulgaria has become a popular destination for package holidays, thanks to its Black Sea beaches, sunny climate and low prices. Thomas Cook was bringing between 350,000 and 450,000 people to the country each year, and around 2,500 were in Bulgaria at the time of the collapse.

Angelkova also looked ahead to future years and warned the Thomas Cook bankruptcy “will cause the 2020 season to become more difficult …  There is a risk to everyone working with Thomas Cook.”

In Croatia, where tourism accounts for a substantial share of GDP, the head of the Association of Croatian Travel Agencies (UHPA), told Hina he expected other British travel agencies to likely to take over Thomas Cook's share on the Croatian market next year.