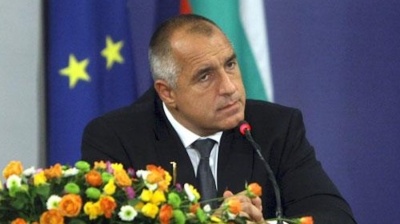 Boyko Borissov, the leader of the Gerb party, said late on April 14 that he will nominate Daniel Mitov, former foreign affairs minister, for the next prime minister.

This is the first time Borissov will not take the mandate to form a government after three cabinets, and his party's attempt to form a government is widely expected to fail as all other parties in Parliament have said they would not make coalitions with Gerb. Earlier on the same day, Borissov said he would propose someone who has clear pro-EU and pro-NATO orientation.

"I am choosing Daniel Mitov, because I want very clearly to underline our pro-European and pro-NATO position," Borissov said to Gerb’s MPs in a video streaming on Facebook.

Mitov was Borissov’s foreign affairs minister in his second government, between 2014 and 2017.  He has been known for his quick change of political parties, allegedly to chase a better career. He became an MP back in 2014 as a member of the Democrats for Strong Bulgaria (DSB) Party, which was part of the Reformist Bloc. He decided to leave the party after a rift in the bloc, moving to the party of former foreign minister Meglena Kuneva – the Bulgaria for Citizens Movement, and eventually became a member of Gerb.

In 2017, Mitov was charged of violation of laws on public finance and public procurement. At the time, the prosecution claimed that Mitov did not call a public procurement for air transport, hotel accommodation and health insurance for official trips by foreign ministry officials. Instead, he used a company the Ministry of Agriculture and Food had selected through a public procurement procedure.

Prosecutors have claimed the foreign ministry suffered damages of BGN494,458 (€252,812) in additional money paid because the contractor allegedly did not fulfil its pricing offer. Previously, Mitov’s deputy Hristo Angelichin was also charged in the same case.

The case did not lead to conviction. Mitov claimed that the contractor had returned the overpaid money to both ministries after a check.

Mitov is also believed to be under the control of Borissov and critics of the outgoing prime minister say that he is trying to stay in power but unofficially, putting a loyal person to head the possible next government.

Nevertheless, Gerb’s chances to actually lead another government are slim, as it won only 26% in the April 4 general election. Although remaining the biggest party, it does not have enough MPs for a majority and no potential official coalition partners.

Although Gerb intends to start negotiations with other political parties and to propose a government, the first session of the parliament on April 15 showed that the party is in isolation. The proposed speaker was turned down, as well as all other initiatives by Gerb. At the same time, all other parties backed the nomination for speaker of the second-ranked There Are Such People of popular showman Slavi Trifonov – Iva Miteva.

The session was opened traditionally by the older MP in parliament – Mika Zaykova, which is also member of Trifonov’s party. Zaykova announced that Borissov has formally filed the resignation of his government via the post, calling his decision not to attend the session to personally do that a shame and ignorance.

“This is either shame by you, the MPs, or ignorance of this institution. After all, we are a parliamentary republic,” she said after announcing the resignation.

Meanwhile, Maya Manolova, the leader of Stand up! Thugs out! – one of the three new political formations in parliament along with There Are Such People and the reformist Democratic Bulgaria – announced that she will demand revision of the work of Borissov’s third government.

At the same time, Democratic Bulgaria’s leader Hristo Ivanov said his coalition is ready to start talks with Trifonov’s party and would enter in coalition if its priorities are respected. The Democratic Bulgaria has already tabled a proposal for legislation changes that would ban all former members of communist regime’s special services to be allowed to take high-ranked public positions.

The coalition also proposed changes that would limit the mandate of the chief prosecutor and replacement of the current prosecutor general Ivan Geshev. His election was highly controversial, as there were no other candidates nominated for the post and there were numerous objections by magistrates and NGOs that he was not suitable for the post. Moreover, the resignation of Geshev, who enjoys a very low rating, was among the main demands of multi-thousand months-long protests in the summer and autumn of 2020. The chief prosecutor has become notorious for his action movie-style operations towards people who were critical to the government of Borissov and against President Rumen Radev’s assistants.

Deputy leader of There Are Such People – Toshko Yordanov – also said his party intends to make legislation changes related to the elections. The party's leader has coronavirus (COVID-19) and was sworn in as MP online due to self-isolation. Yordanov said the party will make the necessary changes to secure electronic voting for everyone, including Bulgarians living abroad, as well as remote voting. The party also intends to lower the state subsidy for political parties to BGN1 (€0.51) per vote cast for the party.

The third-ranked party, the Bulgarian Socialist Party (BSP) also confirmed it would support a government formed by the three new parties in Parliament, as long as it aims to remove the deffects of the "Borissov's model", its leader Kornelia Ninova said.

MPs have decided to summon Borissov to Parliament on April 16 in order to interrogate him about his government’s actions related to the national plan for recovery. The outgoing prime minister has not attended Parliament to answer questions for over a year.

The plan should be submitted by Bulgaria to the EU by the end of April so that the country can get much-needed aid to recover from the coronacrisis. However, the Cabinet has decided not to submit the plan, although claiming it has drafted it, saying this should be done by the next government.

MPs are yet to decide whether to set up a committee to investigate the work of the outgoing government.

“Looks like the popcorns I took will not be enough [for the show that we are about to watch]”, “[Public broadcaster] BNR sounds like in 1989” and “I couldn’t believe I would be so excited to even cry of the view of some normality in Parliament” were among the comments on social media by people after parliament’s first session.

Later on the same day, Borissov announced he is going on leave for the rest of his mandate, avoiding in this way to respond to Parliament. In a videt on his Facebook profile, he said he will focus on the formation of the next government.

Both the parliament and the government have had historically low ratings in the past years, although the cabinet enjoyed significant approval in the first months of the coronavirus (COVID-19) outbreak last March, but lost it again in the summer following corruption scandals and the start of anti-government protests.