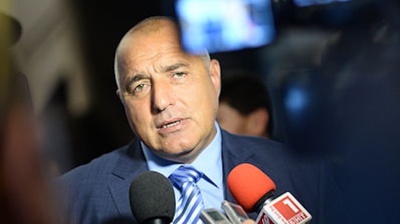 Replacing ministers or key party members to ease tensions after a major scandal is a common ploy for Borissov, who has already replaced nine ministers in his latest government alone.

However, the news about his July 15 move failed to calm the situation in the country where for a week tens of thousands people have flooded onto the streets every night, demanding the resignations of the whole government and of chief prosecutor Ivan Geshev, accusing them of corruption and dependence on controversial businessmen.

“Desperate move of a desperate premier to save his own skin,” Vladislav Panev, a co-leader of the Green Movement, wrote on Facebook.

In a government statement, Borissov was quoted as saying he demanded the resignations of the three ministers due to their relations with the ethnic-Turk Movement for Rights and Freedoms (DPS).

The protesters accuse Borissov and Geshev of being closely linked to DPS chairman of honour Ahmed Dogan and controversial businessman and DPS MP Delyan Peevski and serving their personal interests. The prime minister appears to hope he will dampen their anger by severing links with ministers close to the DPS.

This is the first time Borissov has admitted that the DPS has its unofficial members in the government even though the party is not part of the ruling coalition and Borissov has fiercely denied accusations that he is politically dependent on Dogan and Peevski.

Gerb members expect the three ministers to accede to his demand and file their resignations on July 16.

Meanwhile, news outlet Dnevnik quoted top sources from Gerb as saying that the party is discussing five possible scenarios to try to resolve the current political crisis – the heaviest for the past seven years.

In the first option, Borissov would resign, provoking early elections. However, this option is worrying for Gerb as the party’s fierce opponent President Rumen Radev would then appoint an interim government, which would not benefit the ruling party.

Another option, which Gerb considers more favourable, would be for the government to ask for a confidence motion right after a planned no-confidence vote demanded by the opposition Bulgarian Socialist Party (BSP) that is expected to fail. If the government demands a confidence vote, the ruling coalition would not vote and the government would fall, however, Gerb would then have the right to form a new government. In this scenario, the ruling party would form a government without Borissov, but with his deputy Tomislav Donchev seen as his most likely replacement. Donchev has not been involved in any major scandals, making him an acceptable option who would calm down the situation.

In an interview with bTV on July 15, Donchev said that this time the government “really got people angry” despite its good intentions.

In the third option Borissov would not resign but go on leave and be replaced by his deputies, with Donchev again seen as the most appropriate politician to finish the mandate of the government.

Gerb, currently in coalition with several small far-right parties, is also considering attempting to form a new government with representatives of non-parliamentary opposition parties and has already initiated talks with some of them. The fifth option would be for Gerb to let the BSP form a government as the main opposition party.

The party is expected to decide on its moves next week.

Meanwhile, a new voice recording of a phone conversation of Borissov has been released. Although it has not discredited Borissov as much as previous recordings, it was seen as further proof that someone very close to the prime minister was wiretapping him and that Borissov has enemies among his closest allies.

President says no compromise is possible

While Borissov and his party were trying to find a way to calm down the protesters with resignations and compromises, President Radev made a new address to the nation, saying that no compromise would be acceptable.

This is the second time Radev has talked to the people officially since the protests erupted a week ago.

“The restart of the political process and the modernisation of our country go through resignation of the government and the chief prosecutor and fair elections,” Radev said.

He added that the country’s transition to democracy began with the mutri (mafia in Bulgarian) and will end with their ousting from the power.

“The mobilisation of Bulgarians is an expression of the national anti-mafia consensus. Of the courage to call the problems by their true names. Of the determination to no longer tolerate corruption and its umbrella in the prosecution, the merging of those in power with the media, the deep state that erodes the democratic institutions and the law,” Radev said.

He added that the mafia is feeding on people’s fear and apathy.

“The attempts of the cabinet and the chief prosecutor to survive using suggestions and intrigues, the refusal to hear the voice of Bulgaria is only prolonging the crisis. Confidence was lost and this can be seen everywhere on the streets. The current oligarchic model of power has been depleted and denied by people,” Radev also said.

Meanwhile, he met the ambassadors of EU member states and explained to them why Bulgarians have been protesting for a week. He said that Bulgarians are demanding transparency, accountability, honesty and responsibility from their institutions.

Judges call on prosecutors to rise

While Geshev has made yet another controversial move, attempting to relate the protests to fugitive gambling mogul Vassil Bozhkov, the Bulgarian Judges Association (BJA) wrote an open letter to prosecutors, calling on them to publicly express their outrage at the years-long abuse of the prosecution by politicians.

“[We are calling on you] to take the lead in defending your professional dignity and to express unequivocal and clear position on the values, methods and competence of the current administrative management of the institution,” they wrote.

The BJA also wrote examples of double standards the prosecution is applying at the moment, adding to protesters’ outrage.

The protests were sparked by Geshev’s decision to order an action movie-style raid on Radev’s offices and arrest two of his advisors on highly biased and still unproven accusations of influence peddling.

Meanwhile, the protests seem far from ending with more and more people taking to the streets in the capital Sofia and many other towns to show their outrage at top-level corruption and to demand the resignations of Borissov and Geshev.

While the news that the three ministers had been told to resign prompted positive excitement among protesters, they still insist the whole government and the chief prosecutor must go.

Serbian government caps prices of basic foodstuffs as inflation soars
6 hours ago
Last Iraqi Airline flights evacuate migrants from Belarus as crisis winds down
21 hours ago
45.6% of Montenegrins think their country is going in the wrong direction
21 hours ago
Employees of Croatia’s Rimac Automobili attacked by racists in Zagreb
1 day ago
Russia, China slam selective invitations to US “Summit for Democracy,” call US hegemony in international politics “anti-democratic”
1 day ago