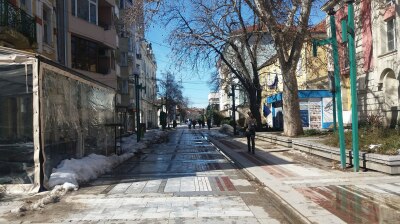 The sharpest decline was recorded in northern towns like Vidin, where the population has fallen by 26.3% since 2011.
By bne IntelliNews January 6, 2022

Bulgaria’s population has decreased to the historically low number of 6,520,314 people and is progressively ageing, preliminary census results showed on January 6.

The final data should be announced by the end of 2022, the country’s statistics office said in a statement.

The natural growth of Bulgaria’s population was -448,000 people, which contributed 53% to the total decrease. The remaining 47% of the decrease was the Bulgarians who have left the country in the past ten years.

“A nation that is emptying its territory so fast, apparently [the population] is running away. … This is not funny. It is scary,” prominent PR expert Rumen Bimbalov wrote on Facebook.

The census registered 2.8mn households with the average number of people per household being 2.3. Women comprise 52.1% of the population, while the share of men is 47.9%.

The census also showed that the population is ageing with the share of people 65 and older rising by 5.4pp from 2011 and by 9.6% compared to the census carried out in 1992 to 23.9% of the total population.

Only 34% of people the population decided to participate in the digital census, while the remaining had to be visited by interviewers.