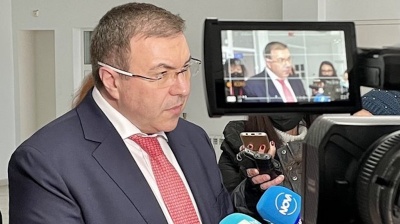 Bulgaria’s Health Minister Kostadin Angelov said the country will be under lockdown as of March 22, initially for 10 days, as the number of coronavirus (COVID-19) cases has been surging for days and the health system is struggling to deal with the situation.

Similar steps have already been taken in other countries in the region as a new wave of the coronavirus pandemic causes a sharp upturn in new cases.

Bulgaria’s government faces difficult choices as it is heading towards a general election at the beginning of April. Hoping to get a poll boost from the feelgood factor as it carried out a planning lifting of restrictions, it has instead been forced to tighten them, and reverse recent easing measures such as the reopening of bars and restaurants.

In the last few weeks, the government had eased almost all restrictions despite the rising number of new cases and has claimed the situation was under control. However, the number of new cases has now soared above 4,000 a day, reaching nearly 5,000 on some days.

For 10 days, therefore, the government is closing all schools, universities, shopping malls, restaurants, fitness and gambling facilities. Restaurants at hotels can work but only for room service. The government is also closing all bigger stores except those selling food. All public events are also banned, as well as private gatherings.

Prior to Angelov’s press conference, live broadcast by Dnevnik news outlet, Prime Minister Boyko Borissov said the new measures are necessary as people were not respecting the current light restrictions.

Borissov has been accused of abstaining from stricter restrictions due to the upcoming general election on April 4. However, there is also speculation that he is playing on people’s fears and would benefit significantly more if the vote is held during lockdown as many people would not go to the polling stations. This would garner Borissov’s ruling Gerb party a higher share of the vote, his critics say.

Serbia has already imposed a partial lockdown from March 17 to March 22. Despite its rapid vaccination programme, the country has been experiencing a rise in coronavirus (COVID-19) cases, passing the 5,000 a day mark in mid-March. The lockdown is intended to reduce pressure on the healthcare system.

"We are closing down everything and we’ll see what happens by Monday,” Prime Minister Ana Brnabic told reporters after a Crisis Team meeting on March 16, adding that only food retailers, pharmacies and service stations would be left open.

Kindergartens will also continue working, while students in the lower grades of primary schools will probably switch to online classes from March 22 for least a week.

The government has no plans to introduce a curfew or to limit the free movement of citizens, Brnabic added.

Prime Minister Ludovic Orban has demanded that the number of beds in intensive care units dedicated to COVID-19 patients be increased to 1,600. Currently, the hospitals in the country are facing a bed crisis in intensive care wards, and the patients are frequently moved to other counties when needed. Doctors in large hospitals warn that the epidemic situation is worsening from day to day throughout the country.

Seven counties and the capital city Bucharest have been placed in the red zone, based on the number of cases over the past 14-day rolling period. The city of Bucharest registered a SARS-CoV-2 infection rate of 4.24 per thousand inhabitants, up compared to the previous day when it stood at 3.88, the Strategic Communication Group announced on Tuesday. The counties of Timiş, with an incidence of 5.86 cases of SARS-CoV-2 infections per thousand inhabitants, Ilfov with 4.85, Brasov (4.11), Cluj (3.83), Hunedoara (3.43), Alba (3.03) and Constanţa (3.02) are also in the red zone.

North Macedonia’s government decided on March 9 to impose an overnight curfew from 10 pm to 5 am after the number of new coronavirus infections rapidly increased for two weeks. The curfew will be in force from March 10 to March 22, when the authorities will assess the epidemiological situation to see if there is a need for the extension of the measure.

PM Zoran Zaev said the goal is for the authorities to reduce the growth of new infections by preventing young people, who are the biggest carriers of the infection, from spreading the virus as inspectors have found mass gatherings in parks at night.

Since the curfew was announced, a scandal has erupted over the procurement of vaccines in North Macedonia, where officials were accused of trying to procure the vaccines through irregular channels.

Italian newspaper La Verita published two articles on March 10 and March 11 saying that PM Zoran Zaev and Health Minister Venko Filipce tried to bypass the regular channels and to buy the vaccines through a Hong-Kong-registered phantom firm Stabri International Service, which was not in line with Chinese government standards. The opposition VMRO-DPMNE party has since filed a no-confidence motion against Filipce.

Too poor to lock down?

Fears of the economic impact of another lockdown have sparked strong opposition from affected industries, with business owners fearing their companies wont make it through another protected closure.

Ahead of the lockdown announcement in Bulgaria, owners of restaurants, cafes, bars and night clubs threatened mass protests should the authorities decide to close only selected businesses. They called for either a full two-week lockdown or for all businesses to be allowed to stay open.

Parents of schoolchildren in Bulgaria are also angry with the authorities, saying their children are innocent victims of their incompetence.

A protest involving more than 100 buses from local transport companies gathered in the centre of Montenegro’s capital Podgorica on March 17, demanding state aid to survive the coronacrisis, daily Vijesti reported.

The transport sector is among the most severely hit in the Adriatic state where intercity travels are banned in most towns as the pandemic has been constantly worsening. Owners of transport companies said they were forced to go out to protest as their calls for help have been left unanswered by the state institutions.

On March 18, capital investment ministry said it was ready to negotiations with the bus owners in order to listen to their problems and look for a solution. The ministry said the protesters are “knocking on open door” but also noted the government is “not almighty”.

In Moldova, meanwhile, local think tank Expert-Grup has called for a lockdown, accompanied by more financial support from the government.

A two-month lockdown this year, like the one enforced in 2020, would reduce the number of COVID-19 patients by 49.2 thousand and would prevent 1,100 deaths, the think tank estimated. It estimates over 1,400 deaths (for a national population of 4mn) over the next 30 days unless a lockdown is enforced.

Expert-Grup also argued that the financial cost of a lockdown (and of the health crisis in general) is generally overestimated. The deep GDP decline in 2020 was also caused by the severe weather damaging crops, in a country that depends on agriculture to a significant extent, it argues.

Budget revenues dropped by MDL1.7bn (€85mn, or under 1% of GDP) during the previous two-month lockdown, according to the think tank.