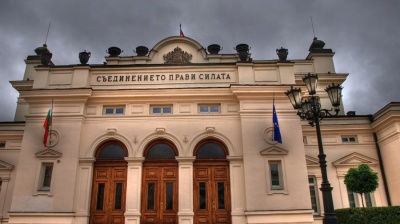 Bulgaria will hold a snap general election at the end of March as none of the parties in the current parliament, formed after the October general election, managed to put together a new ruling coalition.

The third and final mandate to form a government, given by President Rumen Radev to the Bulgarian Socialist Party (BSP), failed on January 20.

The most likely date for the next vote – the fifth in two years – is March 26 or April 2.

In a final step before calling the vote, Radev summoned the leaders of all parliamentary parties to a meeting on January 20 to discuss whether a majority could be formed.

Along with the BSP, only three other parties accepted the invitation – Gerb, the Movement for Rights and Freedoms (DPS) and Bulgarian Ascend.

Despite their very different political orientation, the four parties were widely expected to join forces at some point after they worked together to back a return to paper ballots — a move seen as creating space for electoral fraud. They were even dubbed “the paper coalition” for that reason.

If the four parties do form a ruling coalition, however, they would form a programme government with specific tasks.

The mooted coalition drew criticism from the reformist parties in the current parliament, Change Continues and Democratic Bulgaria.

“Why are we going to have the next election as today Gerb, the BSP and the DPS have pledged to work together and form a government? Why they don’t they do it now?" Nikolai Denkov of Change Continues commented.

Assen Vassilev, co-leader of Change Continues, said that if Gerb, the DPS, the BSP and Bulgarian Ascend join forces in the future, this would take the country back to the past.

For her part, BSP leader Kornelia Ninova criticised Change Continues and Democratic Bulgaria for refusing to attend the meeting with Radev. She accused them of being responsible for the failure of the third mandate.

Meanwhile, Change Continues and Democratic Bulgaria are discussing running together in the next general election. That coalition could also include Save Sofia and other reformist formations that are not currently represented in parliament.

A similar coalition was proposed by Ivanov ahead of the October 2 vote, but at the time Change Continues decided that it should run on its own and join forces with Democratic Bulgaria after the election.

The two formations have many similar priorities, but Democratic Bulgaria is positioning itself as a right-wing formation, while Change Continues says it want to achieve “right measures with left goals”, focusing more on social spending and reforms.

Following the failure of the last mandate, Radev said he would keep the caretaker government led by Prime Minister Gulub Donev in place, and accused the political parties in parliament of lacking the will to take responsibility for the crisis in the country.

COMMENT: The new Cold War will be different, and not only because of China
National hero commemoration puts North Macedonia’s police on high alert
EU and G7 agree on Russian petroleum product price caps

Polish proposed ban on Russian rubber may give the European tyre industry a flat
4 hours ago
Prague to have a new municipal government after record-long negotiations
9 hours ago
Party congresses of Hungarian opposition demonstrate deep divisions
9 hours ago
At least 500 dead after huge earthquake hits Turkey, Syria in early hours
9 hours ago
Turkish minister tells US ambassador ‘Take your dirty hands off Turkey’ as sanctions sparks fly
14 hours ago