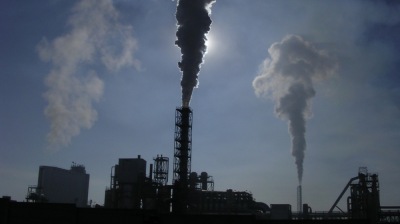 Bulgaria’s parliament on January 12 ordered Prime Minister Gulub Donev's  caretaker government to renegotiate with the European Commission part of the recovery and resilience plan that envisages the closure of coal-fired power plants.

These units have become increasingly important for the country’s energy stability since the end of April last year when Gazprom stopped deliveries of natural gas.

Five out of seven parties backed the decision – Gerb, the Movement for Rights and Freedoms (DPS), pro-Russian Bulgarian Socialist Party (BSP) and Vazrazhdane, as well as Bulgarian Ascend led by Stefan Yanev, a former advisor of President Rumen Radev with rather pro-Russian orientation.

Pro-Western Change Continues and Democratic Bulgaria were against that decision. These parties agreed that Bulgaria would close coal-fired power plants to cut CO2 emissions in 2022 when the plan was approved.

As part of the recovery and resilience plan, Bulgaria has pledged to decrease its CO2 emissions from electricity production by 40% in 2025 as compared with their level in 2019. This would require the closure of air-polluting coal-fired power plants.

The parliament asked the government to renegotiate that term, seeking an extension until 2038.

The caretaker deputy prime minister in charge of EU funds, Atanas Pekanov, has been given a deadline until the end of March to file the formal request to the EC for the renegotiation of these terms.

Lawmakers also ordered the government to seek a renegotiation of the distribution of EU funding, so that funds earmarked for large-scale electricity storage facilities and renewable energy generation, including a geothermal plant, would be redirected towards grants for businesses and individuals purchasing small-scale battery storage, electric grid development and energy efficiency insulation for homes.

According to the final version of Bulgaria’s recovery and resilience plan, there is no firm deadline for closure of the coal-fired plants. Instead, the former Change Continues-led government in 2022 focused on energy projects that would reduce the need for coal-fired plants.

The closure of the coal industry was also approved by the earlier Gerb-led government under Boyko Borissov. However, it is Gerb that is now criticising former prime minister Kiril Petkov of Change Continues for including that engagement in the recovery and resilience plan.

Hundreds of protesters currently trying to halt the continued development of a coal mine in Germany – which would involve the destruction of the now abandoned village of Lützerath – are putting pressure on the government to phase out coal use.